Close
Search
First select your category
A content on our website A staff member A study A publication
Awards, Scholarships and Honours

Thomas Marichal, winner of the 2018 AstraZeneca Scientific Award in the field of Asthma 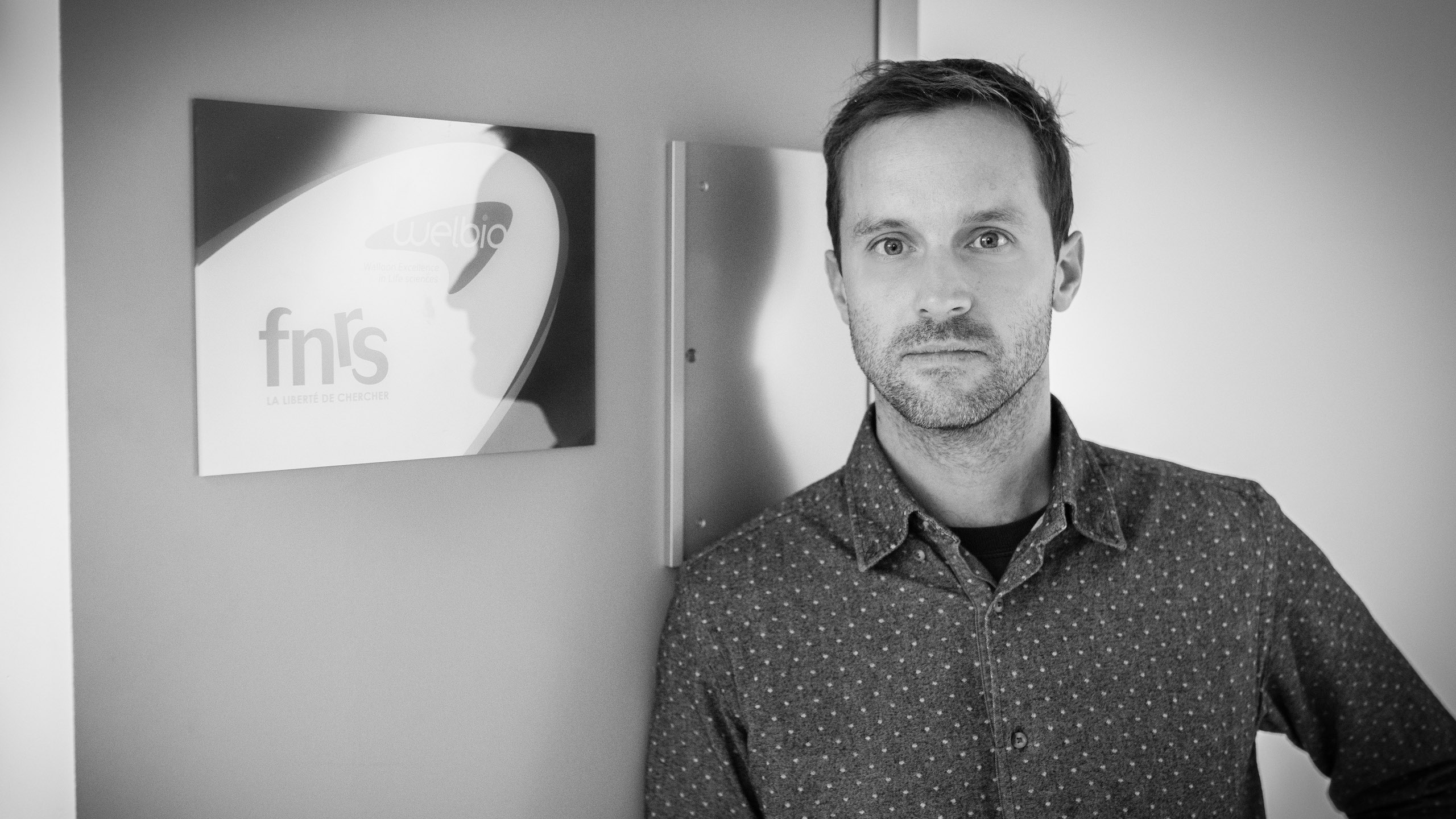 Thomas Marichal, an FNRS-qualified researcher and Welbio investigator at GIGA-I3 was awarded the 2018 AstraZeneca Scientific Prize in the field of asthma at a ceremony in Brussels on 11 December. This prize comes on top of the prestigious ERC Starting Grant awarded last July by the European Research Council.

Every year, in collaboration with the FWO [Research Foundation - Flanders] and the F.R.S.-FNRS [National Scientific Research Fund], the AstraZeneca Foundation awards a number of scientific prizes to researchers who have carried out significant work in a specific field of medicine. This year, four winners each received the sum of €25,000 to help them pursue their research in fields such as precision medicine for bronchial asthma (Thomas Marichal - ULiège), local therapies in oncology (Piet Ost - UGent), the diagnosis and treatment of mental illness (Filip Raes - KU Leuven) and family medicine (Pauline Boeckxstaens - UGent).

Groundbreaking discoveries into the prevention and treatment of bronchial asthma

Working with Professor Fabrice Bureau, Thomas Marichal has carried out research aimed at understanding how the pulmonary immune system works during homeostasis (in healthy individuals) and how dysfunction can lead to type-2 immune-mediated diseases, widely associated with bronchial asthma.

Homeostasis of the lung is the organ’s capacity to carry out its vital physiological functions, including gaseous exchange, while protecting itself against the numerous external attacks to which it is exposed (pollution, allergens, germs, etc). The pulmonary immune system, when working properly, is largely responsible for ensuring this homeostasis. If the immune system reacts inadequately or overreacts to allergens such as pollen or mites, however, this can trigger inflammatory diseases of the airways such as bronchial asthma.

The research team discovered two populations of pulmonary immune cells involved in homeostasis, namely interstitial macrophages and regulatory eosinophils. These cells, in healthy individuals, can prevent activation of the dendritic cells, which are responsible for triggering an asthmatic reaction. The team also identified the important role of neutrophils in triggering asthma. In the case of exposure to environmental factors associated with the development of asthma, such as viral respiratory infections or an overly hygienic environment, the researchers identified specific structures in the lung composed of DNA strands and released by neutrophils, which considerably increase activation of these same dendritic cells and consequently encourage the development of asthma.

These discoveries, published in prestigious scientific journals (Nature Medicine, Immunity, The Journal of Clinical Investigation), are of fundamental medical importance. given their major medium and long-term implications for the prevention and treatment of bronchial asthma. 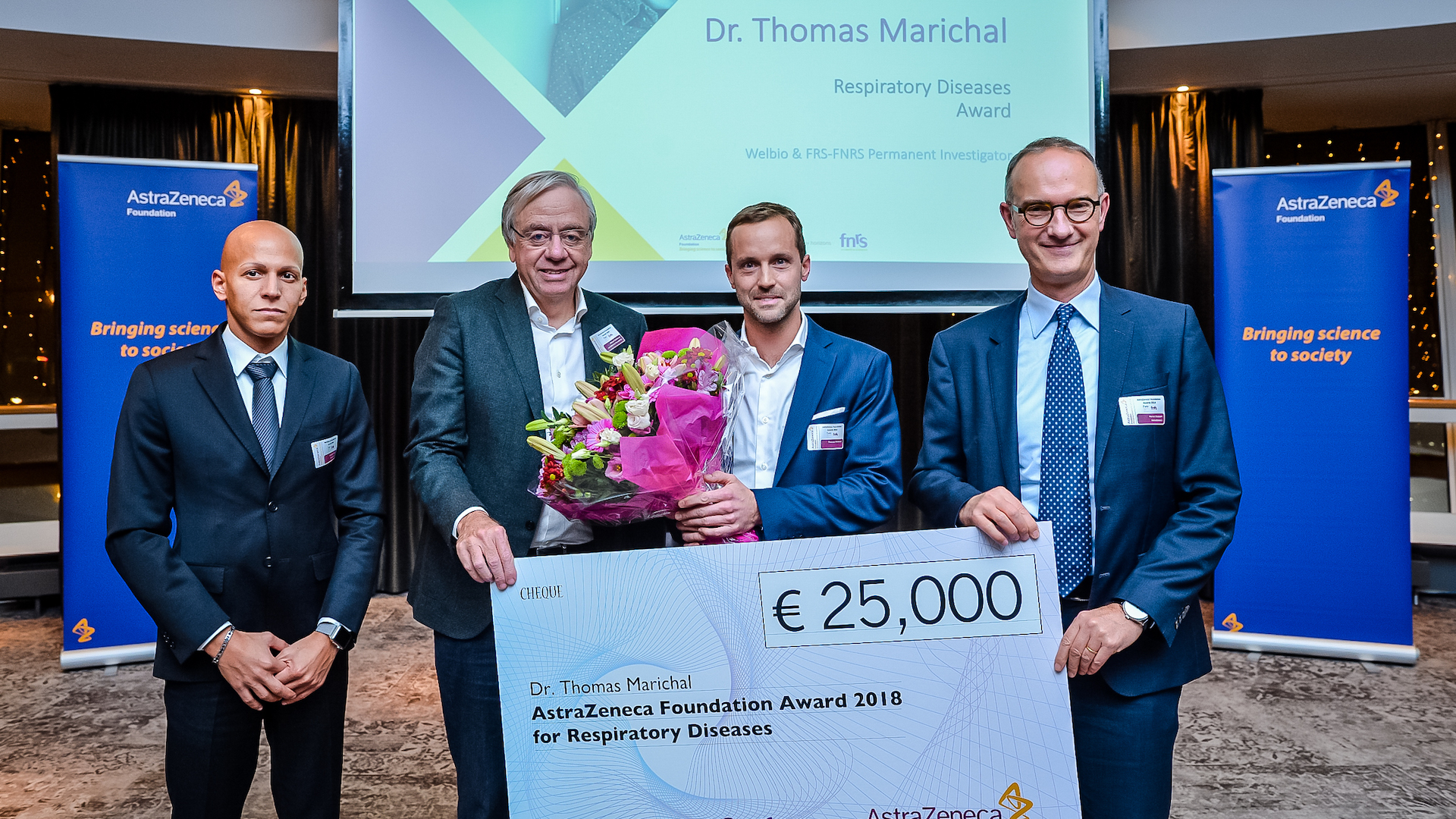 The AstraZeneca Foundation brings science and society together and aims to stimulate social debate on the importance of clinical research while creating a framework in which scientific progress can benefit society. The AZ Foundation & FWO/F.R.S.-FNRS prize has been a fixture since 2012.

Each year it rewards researchers under the age of 45 who are attached to Belgian universities and work in the field of biomedical sciences. Each prize is for the sum of €25,000. Half of this amount is awarded to the prize-winner themself with the other half going to their laboratory.

Progress towards new treatments for asthma 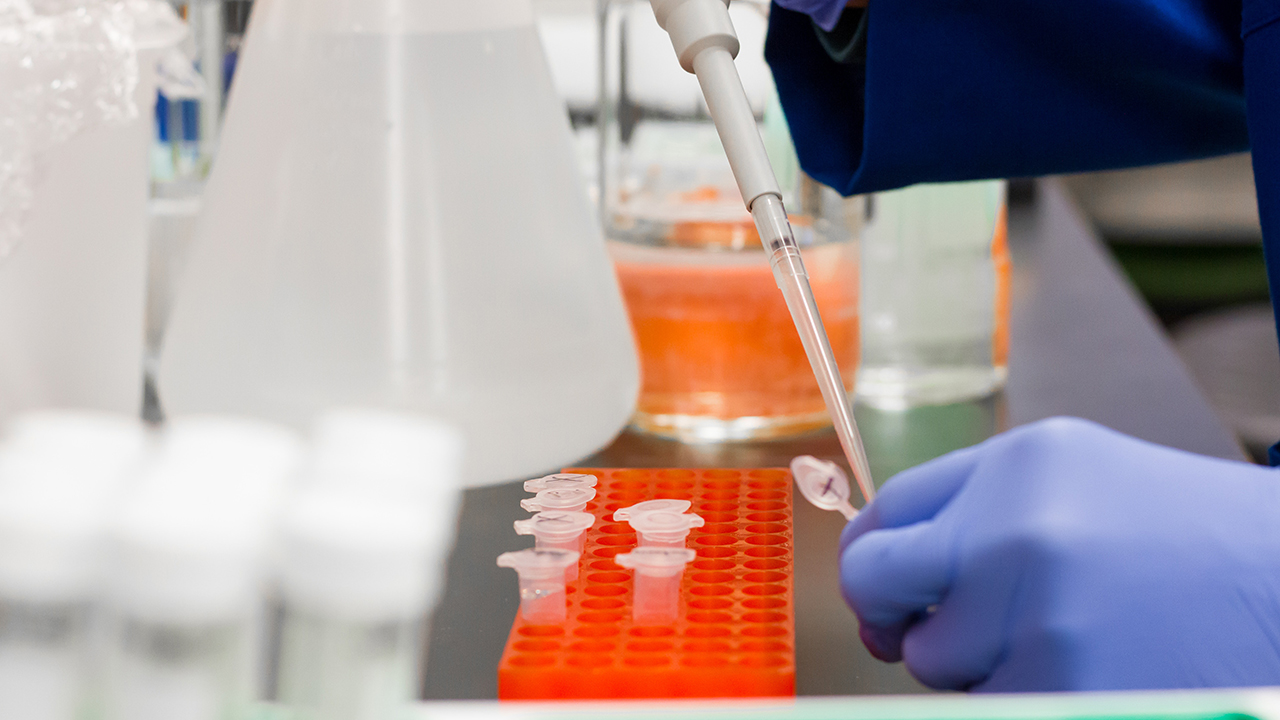 Facing the shortage of reagents needed for coronavirus detection tests, scientists at the University of Liège (GIGA, FARAH, GREENMAT) have developed a technique allowing more than 2,000 tests to be carried out per day. 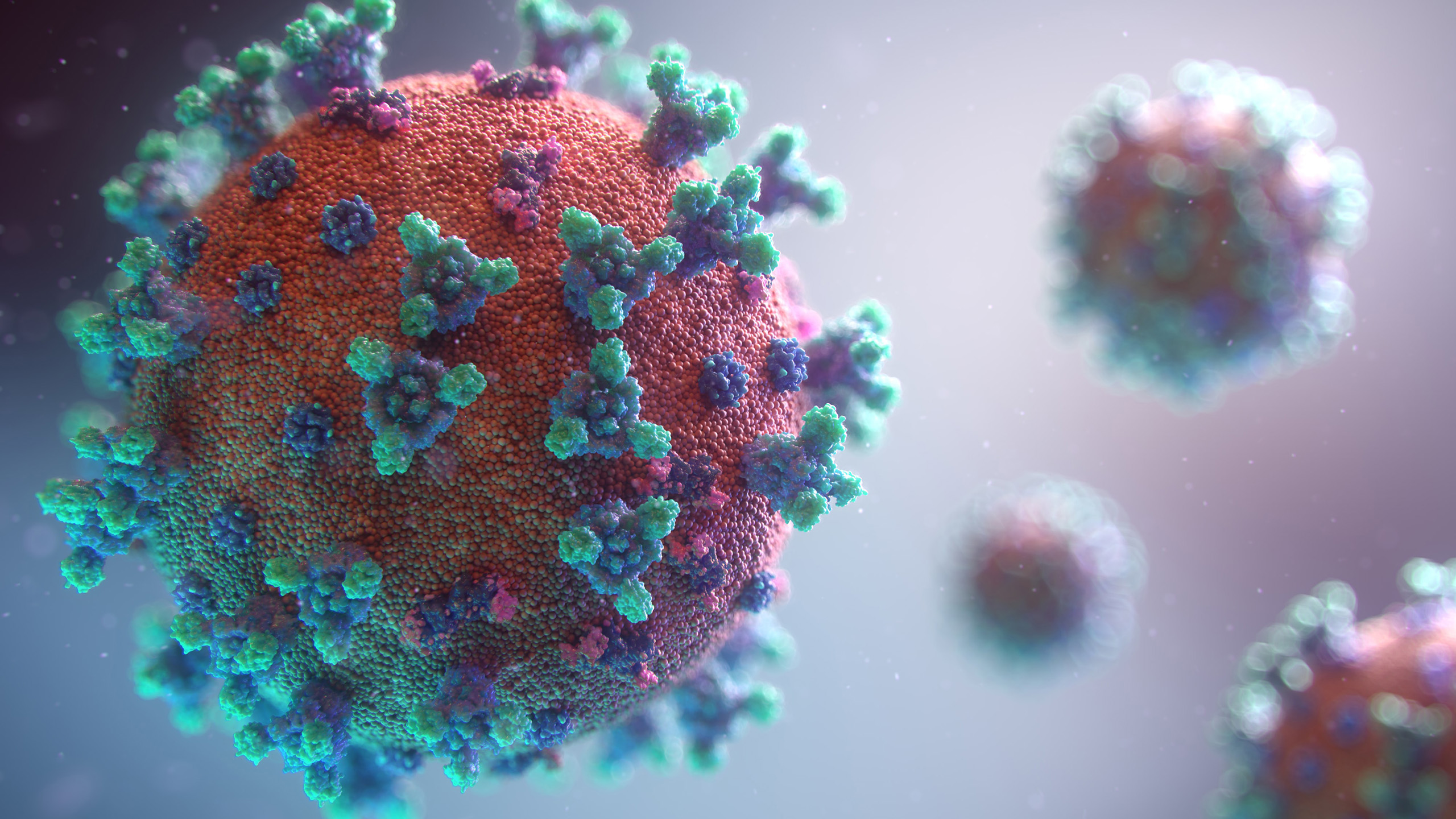 The test can detect carriers of the virus, whether they are sick or asymptomatic carriers. It is an automated test, less dependent on reagents at risk of shortage and requiring a reduced number of operators.