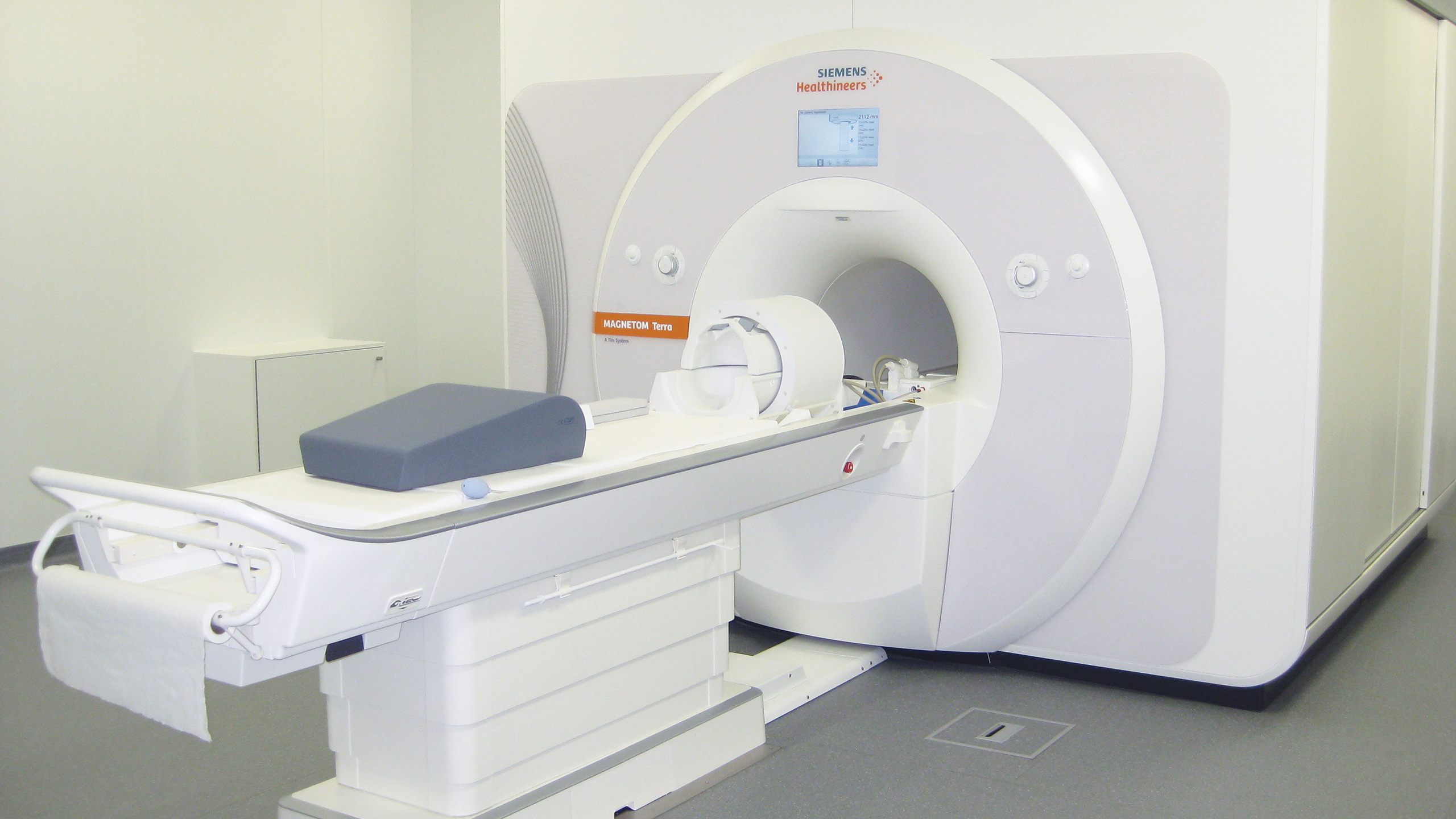 The University of Liège today inaugurated the first operational 7 Tesla MRI scanner in Belgium. This ultra-high magnetic field imaging device is installed at the GIGA-Research Centre of the Cyclotron-In Vivo Imaging of ULiège. Thanks to this state-of-the-art technology, researchers will be able to better understand the physiology and brain pathology of neurological diseases such as Alzheimer's disease, epilepsy, Parkinson's disease and multiple sclerosis.

The new 7 Tesla MRI scanner will initially be dedicated to neuroimaging research. The level of infra-millimetre resolution of the brain structure and the possibility of detecting with minute precision variations in the activity of the brain in action will allow several ULiège scientific teams to continue their work in the field of neuroscience and neurodegenerative diseases.

"To deepen our knowledge of brain physiology and pathologies as well as our research in cognitive neuroscience, we must be able to study ever smaller nerve structures and cells," explains Dr. Éric Salmon, Medical Director of the GIGA-Cyclotron-In Vivo Imaging Research Centre.

The MAGNETOM Terra, MRI 7 Tesla developed by Siemens Healthineers, is capable of creating images of living human brains with very high isotropic spatial resolution up to 0.2 mm. "These ultra-high resolution medical imaging techniques are essential to achieving our scientific objectives. "

Inauguration of the 7 Tesla IRM at ULiège This equipment, which is unique in Belgium, was inaugurated on 17 September 2019 at ULiège in the presence of Mr Willy Borsus, Vice-President of the Walloon Government, Minister of Economy, Research and Innovation, Mrs Véronique Halloin, Secretary General of the F.R.S.-FNRS, Mr Carl Laurent, Managing Director Siemens Healthineers Benelux and the Rector, Pierre Wolper.

The partner universities of the ULiège research teams (ULB, UCLouvain, KULeuven, UGent, UMaastricht) will also have access to this high-performance device.

Pierre Wolper, Rector of ULiège: "Great scientific progress comes through particularly original ideas, but also through instruments that allow us to see what our senses do not perceive. Thus, this 7 Tesla MRI scanner will allow us to see the brain in operation with exceptional resolution. What we can learn about this still mysterious organ and the diseases that affect it makes us dream, let us only think of the possibility of discovering the key to curing neurodegenerative diseases, whose incidence is rapidly increasing. I am enthusiastic to see this investment materialize thanks to the indispensable support of Europe, Wallonia and the FNRS. »

Carl Laurent, Managing Director Siemens Healthineers Belgium/Lux & Director Diagnostics: "Accurate diagnosis combined with thorough scientific knowledge are two important requirements for precision medicine. A pioneer in innovation and a major player in the health sector, Siemens Healthineers is proud to be able to contribute to this evolution and is honoured to be able to support the University of Liège in its research. »

Véronique Halloin, Secretary General of the Fund for Scientific Research - FNRS: "The direct financial contribution of the FNRS makes it possible to complete the equipment with a head movement correction system, which improves the quality of the images, and an eye-tracker system, which makes it possible, for example, to monitor the participant's attention during a cognitive task. But beyond the technical aspects, this represents a perfect illustration of the complementarity between fundamental research, carried out by the FNRS, and more applied research funded by the Walloon Region. A complementarity that we hope to develop further in the coming years, particularly in strategic areas such as life sciences, digital technology and sustainable development,..."

ULiège is the first Belgian university to equip itself with a 7 Tesla MRI scanner which, with its ultra-high magnetic field, will allow a better understanding of the brain pathology of neurological diseases such as Alzheimer's disease, epilepsy, schizophrenia or multiple sclerosis.