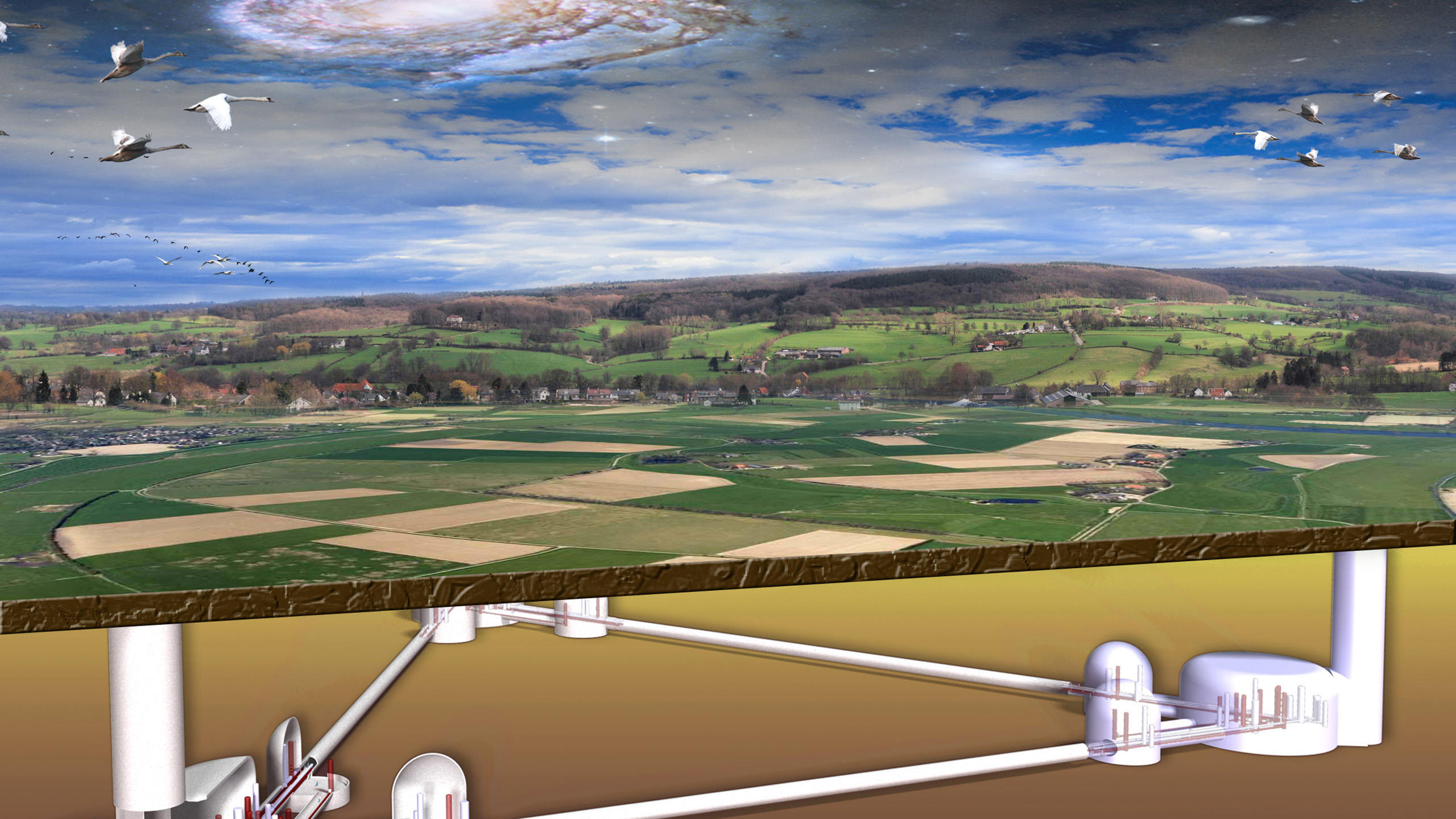 The European Union has just approved the Interreg V-A EMR E-TEST project, coordinated by scientists from the University of Liège*. With a budget of 15 million euros, this project aims to bring together a consortium of partners involved in the Einstein telescope project to carry out initial studies in the subsurface of the proposed triple border region, within the Euregio Meuse Rhine, for the location of the telescope and to build a prototype - never built before - of a large mirror suspended at cryogenic temperature.

further step has just been taken in the construction of a gravitational wave telescope, the Einstein telescope, in the Three borders region, within the Euregio Meuse-Rhine. The consortium of institutions and research centres - of which ULiège, the project's leader - has just been awarded €15 million for the European Union's E-TEST project as part of an Interreg V-A EMR funding (a European programme that aims to strengthen and increase collaborations and synergies between companies, research centres and academic institutions in the Euregio Meuse-Rhine).

One project, to objectives

The first objective consists of an advanced study of the subsurface (down to 300 m deep) to map and model the region's geology. This study will validate the location of the Einstein telescope to observe gravitational waves and optimize its design in the EMR region. According to Frédéric Nguyen, Professor of Applied Geophysics in the UEE Departement (Faculty of Applied Sciences): "Deep drilling and large-scale geophysical imaging are expensive. As a result, underground information is generally sparse. Not only here, but in many places in Europe and around the world. This is why it is necessary (and essential in the case of the implementation of the Einstein telescope) to support initiatives aimed at improving knowledge of geology and the subsurface. »

The second objective consists in the development of a prototype of a large mirror suspended at cryogenic temperature, a prototype that has never been developed before. The implementation of this prototype will validate the technology that will greatly improve the sensitivity of the Einstein telescope to low-frequency gravitational waves generated by the fusion of very massive black holes. "Understanding the beginning of the Universe is Humanity's dream. The installation of the Einstein telescope will provide new answers to this quest. To achieve this, a new innovative and ultra-cold observation instrument will be needed in a large infrastructure buried 300 m below the surface to reduce vibrations induced by human activity, wind or ground movement.", explains Christophe Collette, Professor at the A&M Departement (Faculty of Applied Sciences) and Scientific Leader of this axis of the project.

It should also be noted that this prototype will be developed at the Centre Spatial de Liège, in collaboration with companies from the Liège Science Park, such as AMOS.

11 partners in Belgium, the Netherlands and Germany

The E-TEST project will be coordinated by the University of Liège through the Interface Entreprises / the Knowledge Transfer Office of ULiège (Annick Pierrard, senior Interreg Project Manager), led scientifically by researchers from ULiège (Professors Christophe Collette, Jérôme Loicq and Frédéric Nguyen), and managed by a consortium of 11 partners in Belgium, the Netherlands and Germany*

In addition to university partners and research centres, a significant number of Belgian, German and Dutch companies are supporting this initiative, which will have a strong impact in many economic sectors.

The Walloon Region contributes 40% of the funding of the Walloon partners in this project.