The CSL continues its collaboration within the Copernicus programme

9 July 2020
In Research Business and Innovation 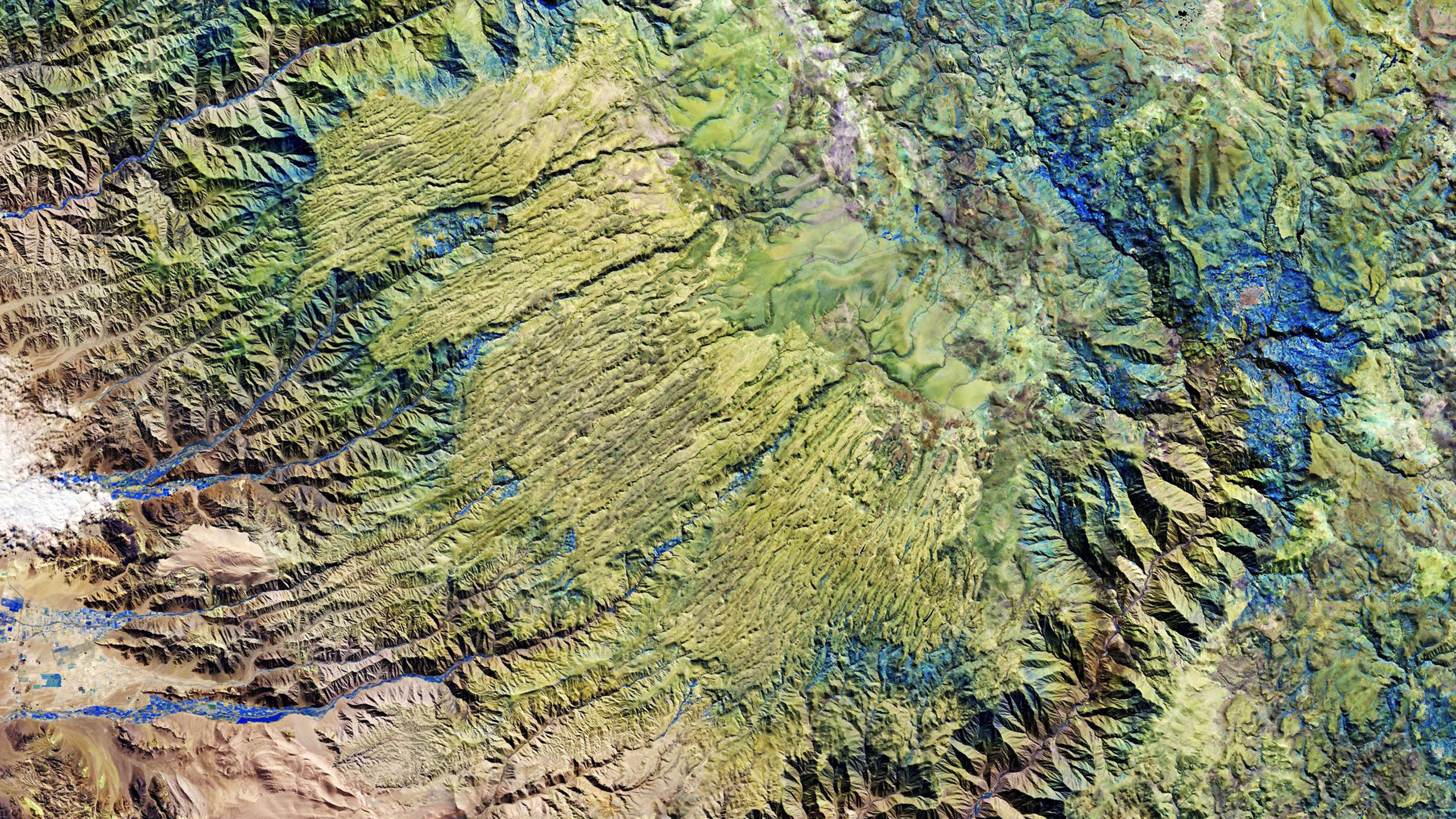 The Andes mountains, in southern Peru, are featured in this false-colour image captured by the Copernicus Sentinel-2 mission. This image was processed in a way that makes vegetation appear blue, while irrigated vegetation and agriculture is visible in bright blue.

CSL (Centre Spatial de Liège) has just been allocated €13 million by Europe to develop two projects that will be on board the Sentinel 7 and Sentinel 8 space missions of the European Copernicus programme, the largest Earth observation programme set up by the European Space Agency (ESA).

he announcement was made on July 1st 2020 by the Deputy Prime Minister in charge of Science Policy, David Clarinval, that eight Belgian companies will benefit from a total of 93.7 million euros in funding from ESA and the European Union to develop several projects as part of the 4th phase of the Copernicus programme development. These projects include those of the CSL, which represent funding of more than 13 million euros. They are part of the satellites CO2M (Carbon Dioxide Monitoring) and LSTM (Land Surface Temperature Monitoring), which correspond to the Sentinel missions 7 and 8, respectively, and should be launched from 2026.

The first project funded at the CSL is a participation to the CO2I instrument onboard the Sentinel 7 mission (CO2M) that will measure CO2 density across the atmosphere. For this part, CSL is in charge of the design, manufacturing and validation of the Calibration Unit. This set of satellites will detect the spectral absorption of carbon dioxide in the infrared sunlight reflected from the Earth's surface," explains Christophe Grodent, CSL's Programs Manager. From this information, we will be able to determine carbon dioxide concentrations in the atmosphere with great precision - up to 0.7 ppm (parts per million). "This is a very important instrument that will provide very accurate data. The high spatial and temporal resolution planned for this mission represents a major change in what is currently available to measure carbon dioxide from space.

ESA aims to launch CO2M by the end of 2025, and is expected to provide data from 2026 onwards to support the second global balance of greenhouse gas emissions, to be concluded in 2028 by the countries participating in the Paris Agreement. The mission should be a powerful tool for nation states to better understand their carbon footprints, verify national emissions reports with independent data, and set more ambitious targets. The CO2M mission will also be a valuable source of information for scientists in charge of climate modelling in order to adjust the carbon cycle representation of coupled climate models at the global level.

The second funding concerns the Land Surface Temperature Monitoring (LSTM) mission, which will map the planet's surface temperature and evapotranspiration rates - the water vapour emitted by growing plants - with a resolution 400 times finer than that currently measured from space.

Precise monitoring of the Earth's temperature using satellite information helps explain the physics of the Earth's surface, including the processes that govern the exchange of energy and moisture with the overlying atmosphere," explains Serge Habraken, professor at ULiège and Scientific and Academic Director at CSL. Monitoring and understanding drought, vegetation changes, heat waves, urban heat island effects, and permafrost stability and extent will all benefit from this data. "The mission will focus on the priority needs of the agricultural user community to improve sustainable productivity at the field scale in a world of increasing water scarcity and variability due to climate change. In particular, the daily evapotranspiration measurements provided by LSTM will help farmers manage irrigation regimes and optimize yield with minimal water. For this part, CSL will take care of the manufacturing and characterization of the diffusers as well as the environmental testing of the complete instrument.

Other Belgian companies, such as AMOS, a CSL collaborator that has been awarded significant funding for the development of the main instrument of the CHIME mission (Sentinel 10), a high-performance tool that will make it possible to very accurately series the state of crops, could ask the CSL to carry out the space qualification tests for this instrument. TAS-B (Thales Alenia Space – Belgium) will also be entrusted with the supply of certain solar panels, potentially to be validated under vacuum in the CSL's facilities.