A new international study led by astrophysicist Eric Agol from the University of Washington and involving many scientists from ULiège (Astrobiology and STAR Institute) has measured the densities of the seven planets of the exoplanetary system TRAPPIST-1 with extreme precision, the values obtained indicating very similar compositions for all the planets. This fact makes the system even more remarkable and helps to better understand the nature of these fascinating worlds. This study has just been published in the Planetary Science Journal.

he TRAPPIST-1 system is home to the largest number of planets similar in size to our Earth ever found outside our solar system. Discovered in 2016 by a research team led by Michaël Gillon, astrophysicist and FNRS Senior Research Associate (Astrobiology / Faculty of Sciences) at ULiège, the system offers an insight into the immense variety of planetary systems that probably populate the Universe. Since their detection, scientists have studied these seven planets using multiple space (NASA's Kepler and Spitzer telescopes) and ground-based telescopes (TRAPPIST and SPECULOOS in particular). The Spitzer telescope alone, managed by NASA's Jet Propulsion Laboratory, provided more than 1,000 hours of targeted observations of the system before being decommissioned in January 2020.

Hours of observations that enabled to refine the information we have on the exoplanetary system. "Since we can't see the planets directly, we analyze in detail the variations of the apparent brightness of their star as they 'transit' it, i.e. as they passes in front of it," explains Michaël Gillon.” Previous studies had already enabled astronomers to take precise measurements of the masses and diameters of the planets, which led to the determination that they were similar in size and mass to our Earth and that their compositions must have been essentially rocky. "Our new study has greatly improved the precision of the densities of the planets, the measurements obtained indicating very similar compositions for these seven worlds," says Elsa Ducrot, a doctoral student in Michaël Gillon's team. "This could mean that they contain roughly the same proportion of materials that make up most rocky planets, such as iron, oxygen, magnesium and silicon, which make up our planet. "After correcting for their different masses, the researchers were able to estimate that they all have a density of around 8% less than the Earth’s, a fact that could have an impact on their compositions.

The authors of the study put forward three hypotheses to explain this difference in density with our planet. The first involves a composition similar to that of the Earth, but with a lower percentage of iron (about 21% compared to the 32% of the Earth). Since most of the iron in the Earth's composition is found in the Earth's core, this iron depletion of the TRAPPIST-1 planets could therefore indicate cores with lower relative masses. The second hypothesis implies oxygen-enriched compositions compared to that of our planet. By reacting with iron, oxygen would form iron oxide, better known as 'rust'. The surface of Mars gets its red colour from iron oxide, but like its three terrestrial sisters (Earth, Mercury, and Venus), it has a core of unoxidised iron. However, if the lower density of the TRAPPIST-1 planets was entirely due to oxidised iron, then the planets would be 'rusted to the heart' and may not have a real core, unlike the Earth. According to Eric Agol, an astrophysicist at the University of Washington and lead author of the new study, the answer could be a combination of both scenarios - less iron in general and some oxidised iron.

The third hypothesis put forward by the researchers is that the planets are enriched with water compared to the Earth. This hypothesis would agree with independent theoretical results indicating a formation of the TRAPPIST-1 planets further away from their star, in a cold, ice-rich environment, followed by internal migration. If this explanation is correct, then water could account for about 5% of the total mass of the four outer planets. In comparison, water accounts for less than one tenth of 1% of the total mass of the Earth. The three inner planets in TRAPPIST-1, located too close to their stars for water to remain liquid under most circumstances, would need hot, dense atmospheres like on Venus, where water could remain bound to the planet in the form of vapour. But according to Eric Agol, this explanation seems less likely because it would be a coincidence that all seven planets have just enough water present to have such similar densities.

"The night sky is full of planets, and it is only within the last 30 years that we have been able to begin to unravel their mysteries," rejoices Caroline Dorn, astrophysicist at the University of Zurich and co-author of the article. "The TRAPPIST-1 system is fascinating because around this unique star we can learn about the diversity of rocky planets within a single system. And we can also learn more about a planet by studying its neighbours, so this system is perfect for that. 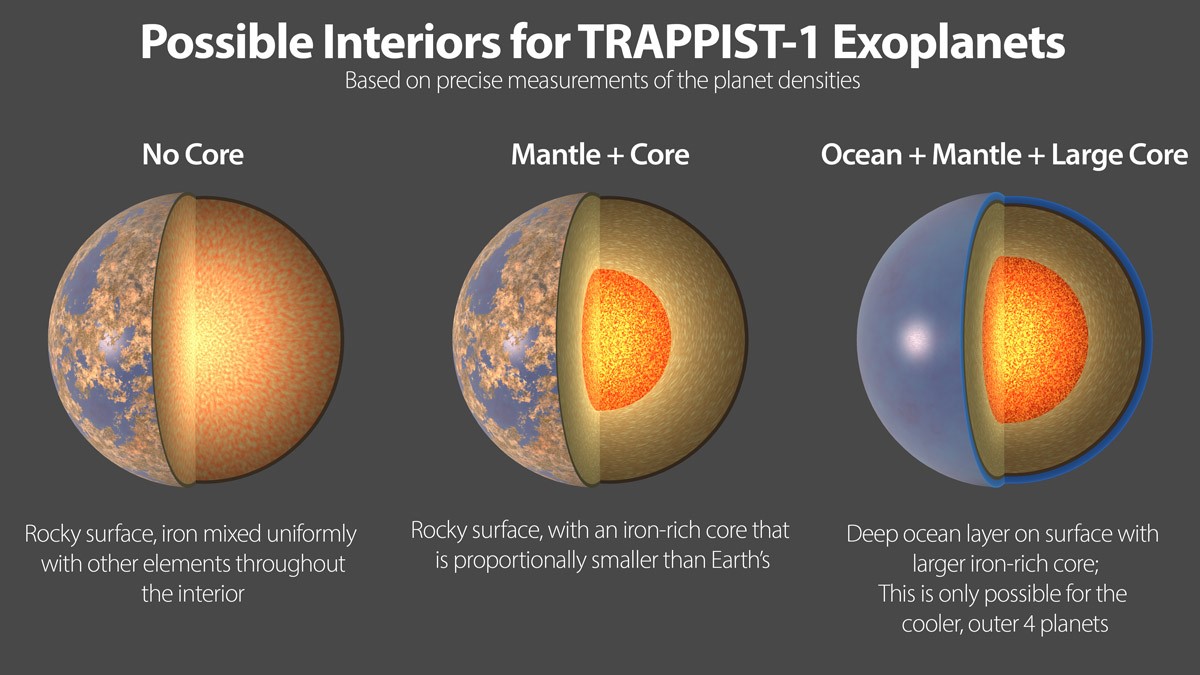 Shown here are three possible interiors of the TRAPPIST-1 exoplanets. The more precisely scientists know the density of a planet, the more they can narrow down the range of possible interiors for that planet. All seven planets have very similar densities, so they likely have a similar compositions.Credit: NASA/JPL-Caltech 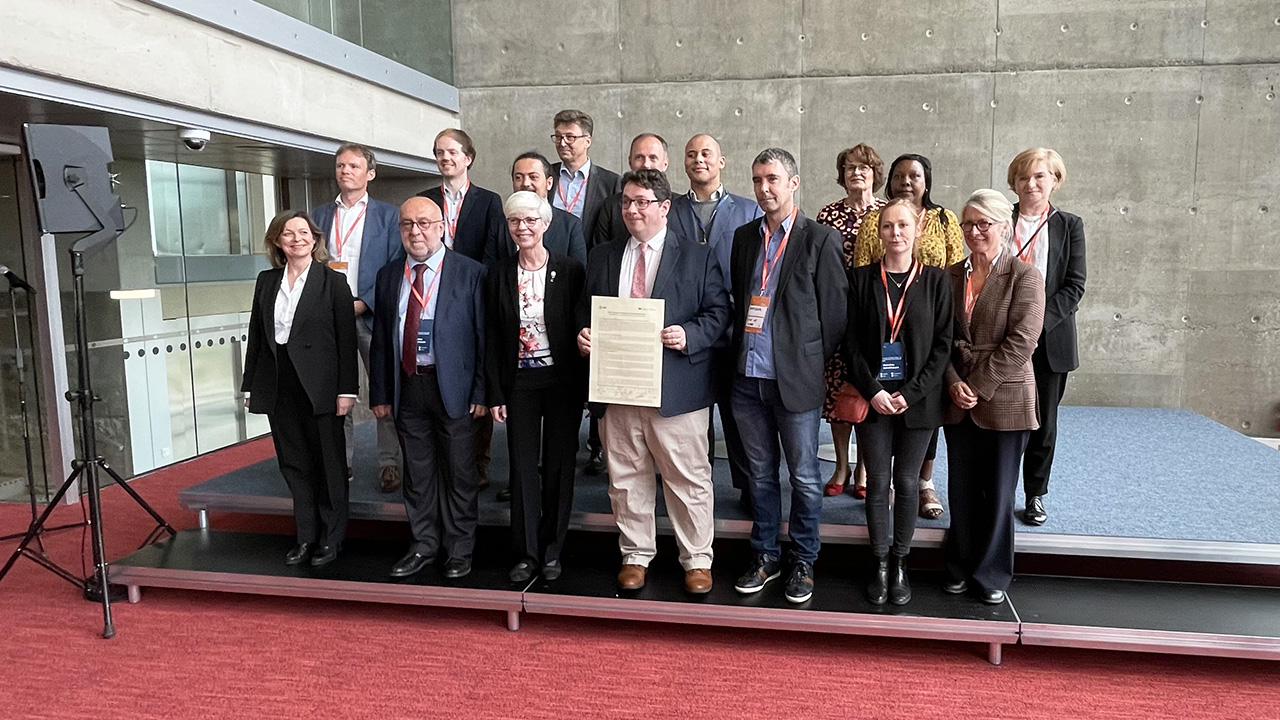