The European Southern Observatory (ESO) is 60 years old. An opportunity to look back at the links that ULiège has with the largest European observatory.

Since 1962, the University of Liège has maintained close relations with the European Southern Observatory (ESO). From the first Belgian representatives at ESO, who were pioneers from Liège and very much in favor of this astronomical adventure in the southern hemisphere, to the discovery of the TRAPPIST-1 system of exoplanets by a ULiège telescope installed on an ESO site, and including technological and instrumental developments for the VLT and the future ELT, the University of Liège has a long history with ESO. In December, Belgian scientists were able to blow out the candles of ESO's 60e anniversary at a meeting organized at the Brussels planetarium with a strong presence of researchers from ULiège.

ESO's mission is to design, build and operate powerful state-of-the-art ground-based observatories and to foster international collaboration in astronomy. Such infrastructures require international collaboration not only to bring together the relevant expertise at the cutting edge of technology, but also colossal financial resources. Thus, ESO aims to provide the scientists of its member states with research tools that a single state could not afford. ESO's decisions are taken by the ESO Council, which has one scientific and one political representative from each Member State.

ESO is the main player in European observational astronomy. It has numerous telescopes ranging from 2.2 to 8.20 m in diameter and a fleet of some twenty state-of-the-art instruments, enabling observations in imaging, photometry, spectroscopy and interferometry in almost all wavelengths from the near ultraviolet to the thermal infrared. The organization also has a comprehensive data archiving system, in partnership with the European Coordination Agency and the Hubble Space Telescope.

ESO employs about 730 people and receives an annual contribution from the Member States totalling about 200 million euros.

While the telescopes are located in the Atacama Desert in Chile, the observatory is headquartered in Garching near Munich, Germany, with offices in Santiago, the capital of Chile. In 2022, ESO has 16 European Member States and three observing sites, all in Chile: the historic La Silla Observatory, the Cerro Paranal Observatory (where the Very Large Telescope (VLT) is located) and the Llano de Chajnantor Observatory, where the 64 radio antennae of the Atacama Large Millimeter/submillimeter Array (ALMA) are located. ESO has also embarked on a pharaonic project, the Extremely Large Telescope (ELT), a giant telescope with a diameter of 39 m, which is being built on Cerro Armazones, a mountain near Paranal, and which in 2028 will be the largest telescope in the world, opening up unique possibilities for European astronomers.

Belgium is one of the five founding members of ESO. It participated in the signing of the ESO Convention on 5 October 1962 and officially became a Member State in 1967. As a founding member, Belgium has been involved in many ESO projects over the years. Belgian astronomers, engineers and industry have benefited in many ways.  Belgium currently contributes 2.98% of ESO's income , worth EUR 6 780 000.

Image composition showing all the ESO observatories and the Headquarters. (Credit:ESO/M. Kornmesser)

This year marks the 60th anniversary of the institution, which now has 16 member countries. Belgian scientists wanted to mark the occasion and gathered at the Brussels planetarium last December for the ESO Belgian Day. 150 people, including some 60 master's and doctoral students from all the country's universities, took part in this day," explains Emmanuel Jehin, astronomer and FNRS Senior Research Fellow at the University of Liège, co-organizer of the event and new Belgian scientific representative on the ESO Council. Workshops and numerous scientific and technical presentations highlighting the use by Belgian scientists of the various ESO facilities as well as the implications for the development of new instruments were held throughout the day. We were very pleased with the quality of the presentations and the interaction between the different participants! Belgian ESO astronomers presented live the observatories from Chile in the planetarium dome, Belgian ESO students and former ESO staff members gave their testimonies, such as the very interesting and funny one about the first astronomers at La Silla. This event is an opportunity to highlight the links between ULiège and ESO as well as the scientific advances made by our researchers, thanks to ESO's infrastructure and instrumentation.

A long history between ESO and ULiège

The first Belgians to be elected to key positions at ESO were from Liège! Among them are the astrophysicist Pol Swings - who discovered the first interstellar molecule and was President of the International Astronomical Union - and Paul Ledoux, whose important work focused on the internal structure of stars. Both were chairmen and vice-chairmen of the ESO observing programme selection committee for several years, Paul Ledoux was also chairman of the ESO Council from 1982 to 1984 and Jean-Pierre Swings, Pol's son and a retired astrophysicist from the ULiège, was vice-chairman from 1995 to 1997. The latter played an important role in the selection of Paranal as the site for the Very Large Telescope (VLT), one of the best astronomical sites on the planet. Since 2020, Emmanuel Jehin, astrophysicist at the STAR Institute of ULiège, is the Belgian scientific representative on the ESO Council.

Many astrophysicists from Liège have worked at one of the ESO sites, observatories or research centers in Chile or Europe, since its creation, either as doctoral students or post-doctoral students, as astronomers in charge of observations or as engineers working on telescope or instrument projects. Some of them now hold positions of responsibility within ESO, such as Alain Smette and Gautier Mathys in Chile and Olivier Hainaut at ESO headquarters in Munich.

The know-how of Liège is also to be found at ESO in the contribution to very important technical projects such as the construction by AMOS of the four Auxiliary Telescopes (AT) of the VLT interferometer which made its first light in 2004. AMOS is also in charge of the construction of some of the mechanical and optical elements of the ELT.

Astronomers Michaël Gillon and Emmanuel Jehin installed the 0.60-m TRAPPIST-Sud robotic telescope at La Silla in 2010 with the help of the FNRS, and in 2019 the four 1-m telescopes of the SPECULOOS project, funded by an ERC, made their first light from Paranal. These telescopes are in operation almost every night in Chile to study exoplanets and small solar system bodies.

More recently, Olivier Absil, one of the co-investigators of the METIS infrared spectrograph, one of the future instruments of the ELT, is developing with his team the high contrast imaging modes, which will allow direct photography of planetary systems close to our own.

Some ULiège discoveries highlighted by ESO 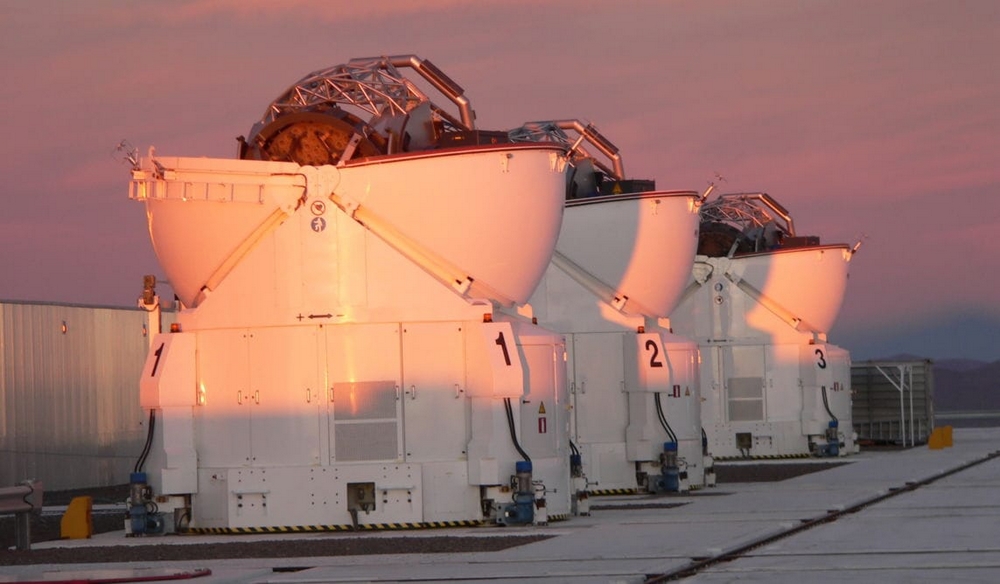 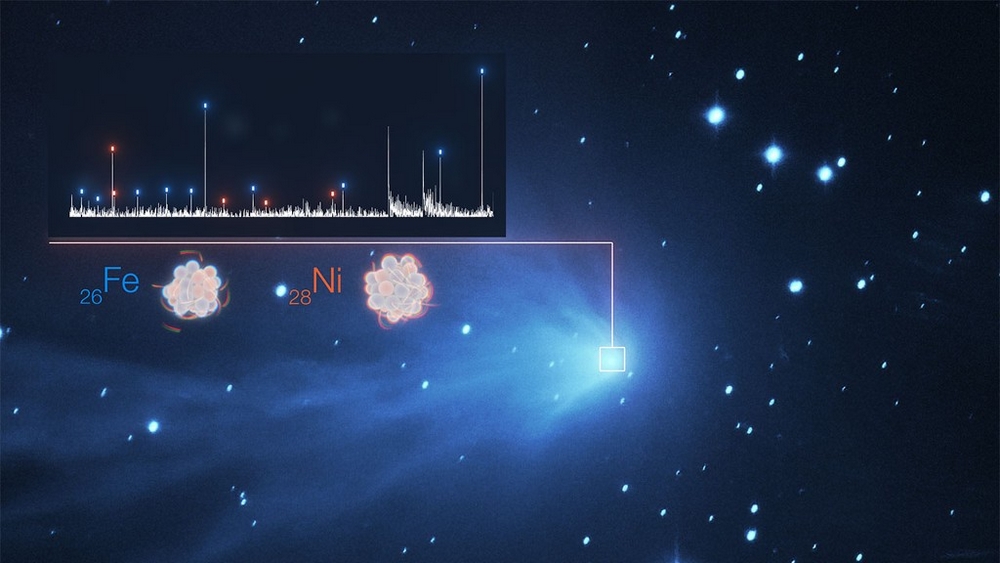 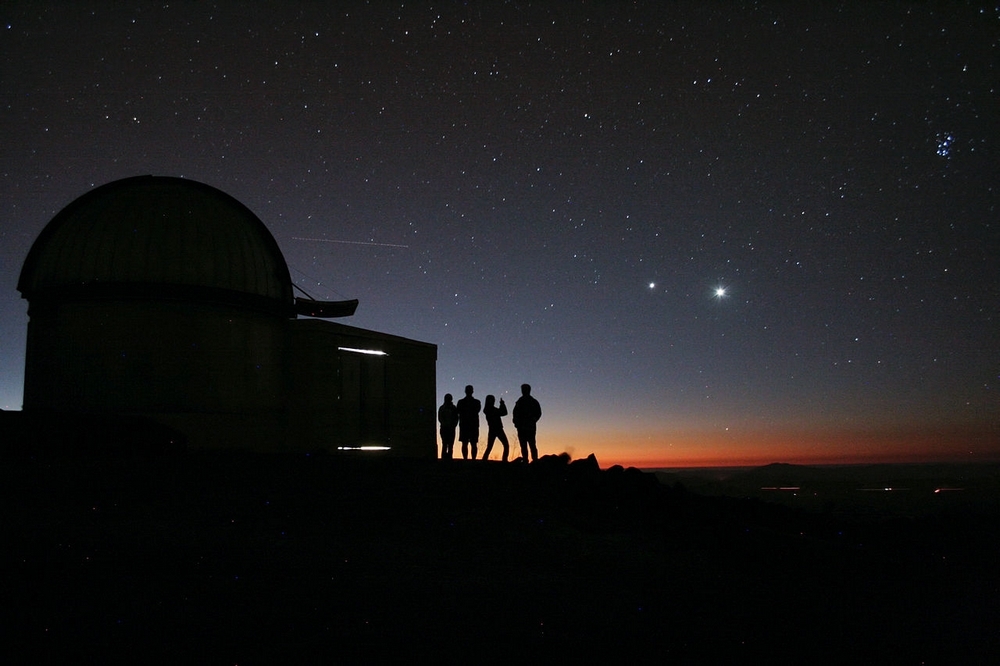 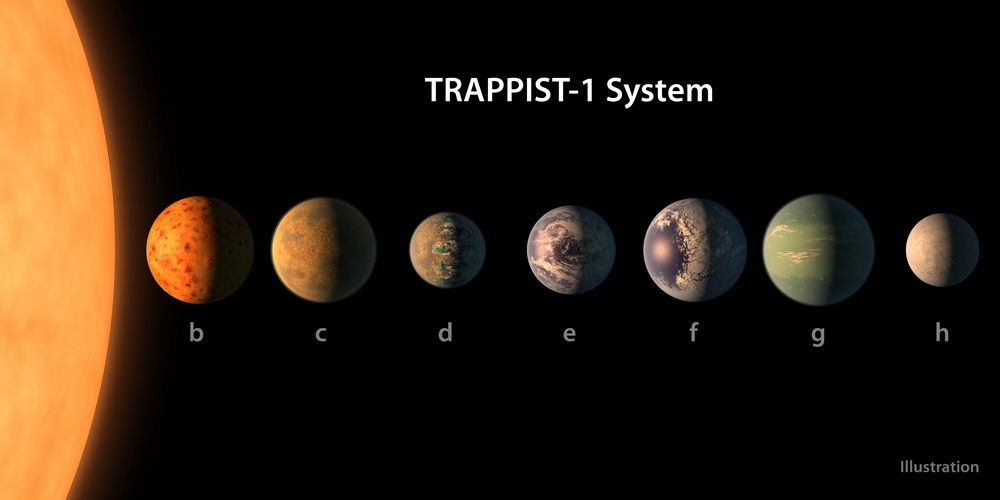 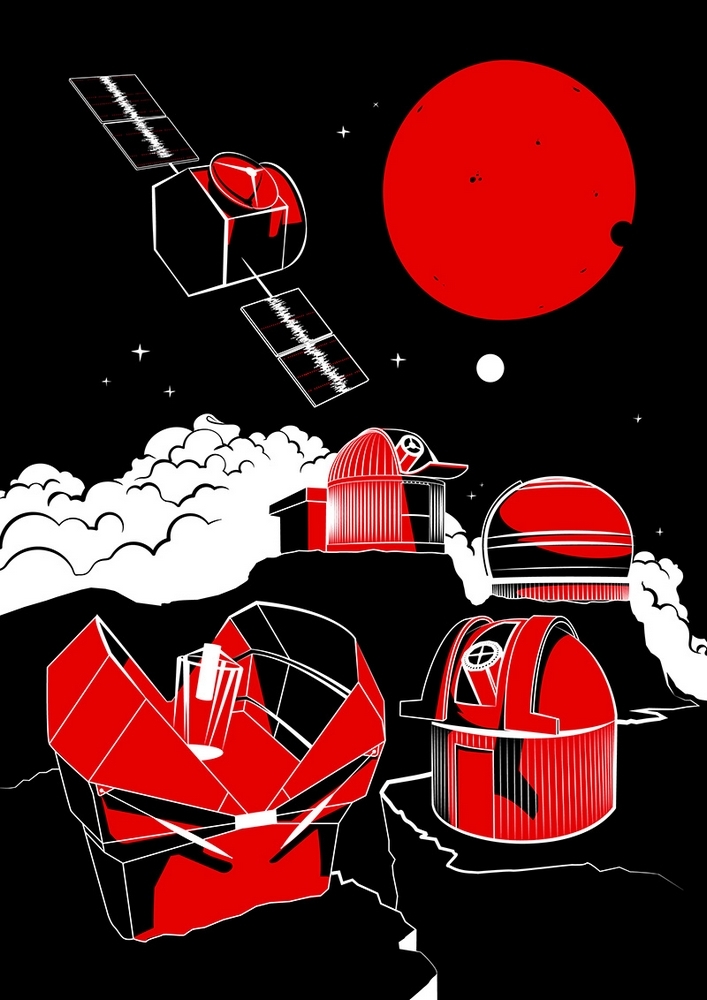 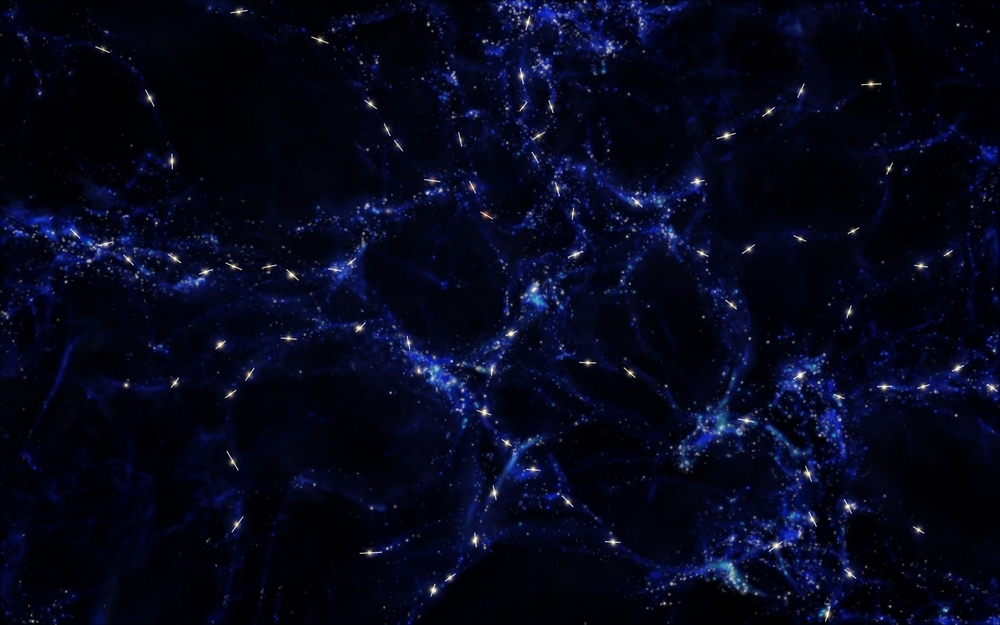 In 2022, six years after the discovery of the TRAPPIST-1 exoplanet system, Laetitia Delrez and Michaël Gillon 's team found a new potentially habitable exoplanet. It is called SPECULOOS-2, following its discovery by the SPECULOOS telescope consortium, led by the University of Liège and located at the Paranal Observatory but also in Tenerife.

In 2021, Jean Manfroid, Damien Hutsemékers and Emmanuel Jehin discovered in VLT spectra that iron and nickel exist in the atmospheres of comets, even those far from the Sun. This study showed for the first time that heavy metals, usually associated with hot environments, were also present in the cold atmospheres of distant comets.

The seven wonders of Trappist-1

In 2017, astronomers Michaël Gillon, Emmanuel Jehin, Laetitia Delrez and the TRAPPIST team announced the discovery of the TRAPPIST-1 exoplanetary system with the TRAPPIST-South telescope installed at the La Silla site. This cold red dwarf star is located 40 light years from Earth and has seven Earth-sized planets orbiting it, three of which are in the habitable zone. This discovery made the headlines and is one of the priority targets of NASA's JWST telescope.

Spooky alignment of quasars across billions of light-years

In 2014, Damien Hutsemékers, Lorraine Braibant, Vincent Pelgrims and Dominique Sluse discovered with the VLT that black holes at the center of galaxies separated from each other by several billion light years had their rotational axes aligned with each other, but also with the large-scale structures that host them.

Discovery of rings around an asteroid

In 2014, astronomers, including Emmanuel Jehin, used three telescopes at the ESO observatories, including TRAPPIST-South, to observe the distant and large asteroid Chariklo as it passed in front of a distant star and obscured its light. To their great surprise they discovered a ring system, a first in the Solar System.

By harnessing the full power of the VLT Interferometer, an international team of astronomers, including Lindsay Marion and Olivier Absil, succeeded in detecting exozodiacal light in the vicinity of the habitable zones surrounding nine nearby stars in 2012.
Read the article

In 2010, for the first time, astronomers were able to accurately determine the diameter of the distant dwarf planet Eris as it passed in front of a dim star. This event was observed by two telescopes in Chile, including TRAPPIST-South at ULiège, piloted by Emmanuel Jehin.
Read the article

In 2003, Dominique Sluse, Jean Surdej, Jean-François Claeskens, Damien Hutsemékers and Christophe Jean discovered the closest known gravitational mirage. For almost 20 years, this object has been in the top 10 of the most studied gravitational mirages. It has been used to probe the nature of active galactic nuclei but also to study the history of the Universe.

A major advance resulting from a collaboration between the two public hospitals and the University of Liege. 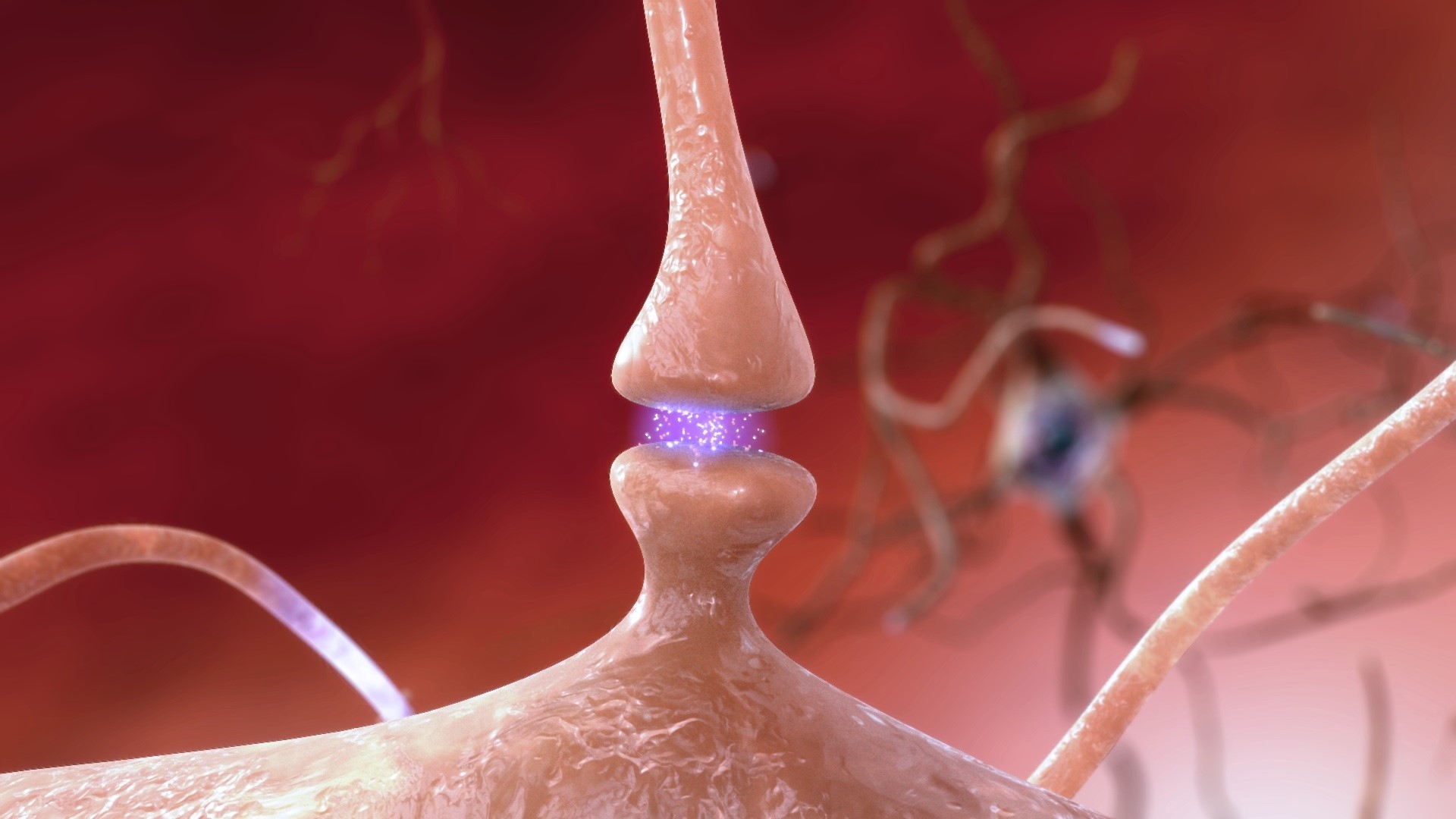 Rector Anne-Sophie Nyssen supports the demand for the release of Olivier Vandecasteele, an aid worker arbitrarily imprisoned in Iran.