What have we learned about TRAPPIST-1 during this last year?

Just a year ago, on the 22 February 2017, at a press conference at NASA headquarters, an international team of researchers revealed the existence of a unique exoplanetary system, made up of seven planets orbiting a small nearby star. Known as TRAPPIST-1, this system created a hug buzz on the Web, in the media, and within the scientific community. Discovered a few months earlier by researchers from the University of Liège, led by the astronomer Michaël Gillon, TRAPPIST-1 quickly became a reference in the study of exoplanetary systems.  Review of a major scientific discovery.

hirty years ago, the study of planets outside the solar system was restricted to science fiction writers. In 1995, Michel Mayor and Didier Queloz, astrophysicists at the Geneva Observatory, pioneered the discipline by announcing the discovery of 51 Pegasi b, the first planetary mass object orbiting a star. Since then, thousands of exoplanets have been detected by astronomers around the world.

Michaël Gillon, an astronomer at the University of Liège who spent his post-doctoral stay in the Mayor and Queloz group at the Geneva Observatory, is one of these exoplanet hunters. In 2009, Gillon and his colleague Emmanuël Jehin from the OrCa laboratory (STAR Research Institute), decided to embark on a new scientific project dedicated to the study of exoplanets (Gillon’s expertise) and comets (Jehin’s expertise). They quickly found financial support from the University of Liege and the F. R. S-FNRS - the Belgian national fund for scientific research - to set up this project. They will find a very Belgian name for it: TRAPPIST - for TRAnsiting Planets and PlanetesImals Small Telescope. This project originally consisted of  a single 60 cm robotic telescope (TRAPPIST-South) installed in 2010 at the European Observatory (ESO) in La Silla, Chile. In 2016, the two astronomers and their team installed a second telescope, TRAPPIST-North, at the Observatory of Oukaïmeden in Morocco, to extend the project to the northern hemisphere. 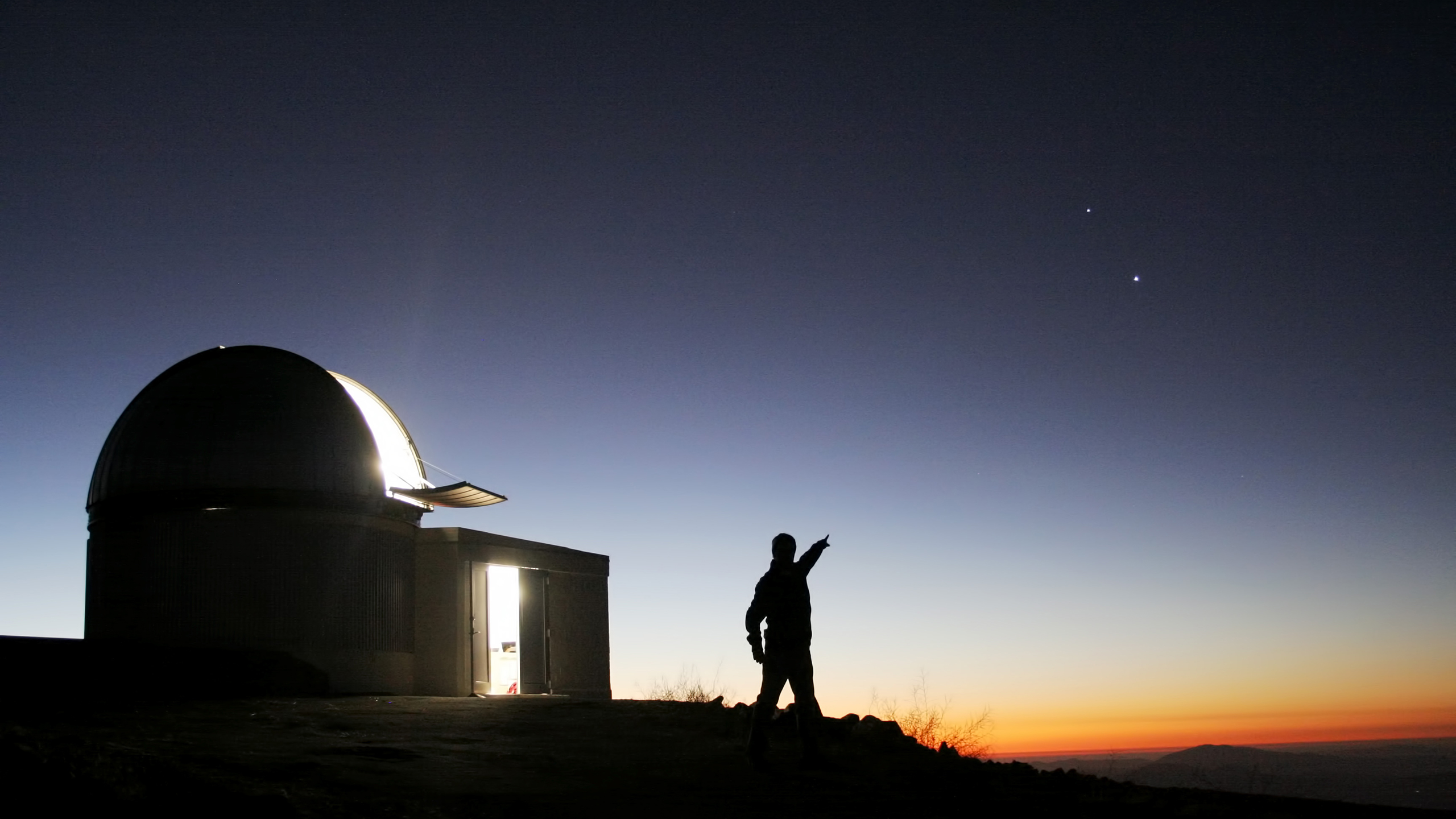 Trappist-North, the little brother of Trappist-South (La Silla, Chile) was inaugurated at the OukaImeden Observatory, in Morocco.

Using the so-called "transit method", researchers detected signals of planetary origin in September 2015 on 2MASS J23062928-0502285, a small star belonging to the « ultra-cool dwarf » class, located 40 light years from our Earth, in the constellation of Aquarius. Quickly renamed TRAPPIST-1, this star hardly larger than Jupiter, will prove to be the host of a planetary system composed of at least 3 Earth-sized planets.

Restricted in the observation of this system by terrestrial telescopes, the researchers will call upon the NASA to have observation time on Hubble, Spitzer and Kepler space telescopes in order to gather more information and analyze the system from each angle. The team of researchers will quickly discover that these planets, although close to their star, are not subject to very high temperatures and could potentially harbour areas suitable for life on part of their surfaces.

These new observations will especially allow scientists to discover in the following months that TRAPPIST-1 is not only composed of 3 planets, but that the system is much richer than what was envisioned. At an international press confrence held at the NASA headquarters in Washington DC, Michaël Gillon will announce the the system actually houses 7 planets, 3 of which would be located in its so-called « habitable zone » (a region around the star where conditions could be favourable to the existence of large quantities of liquid water, and thus maybe life). 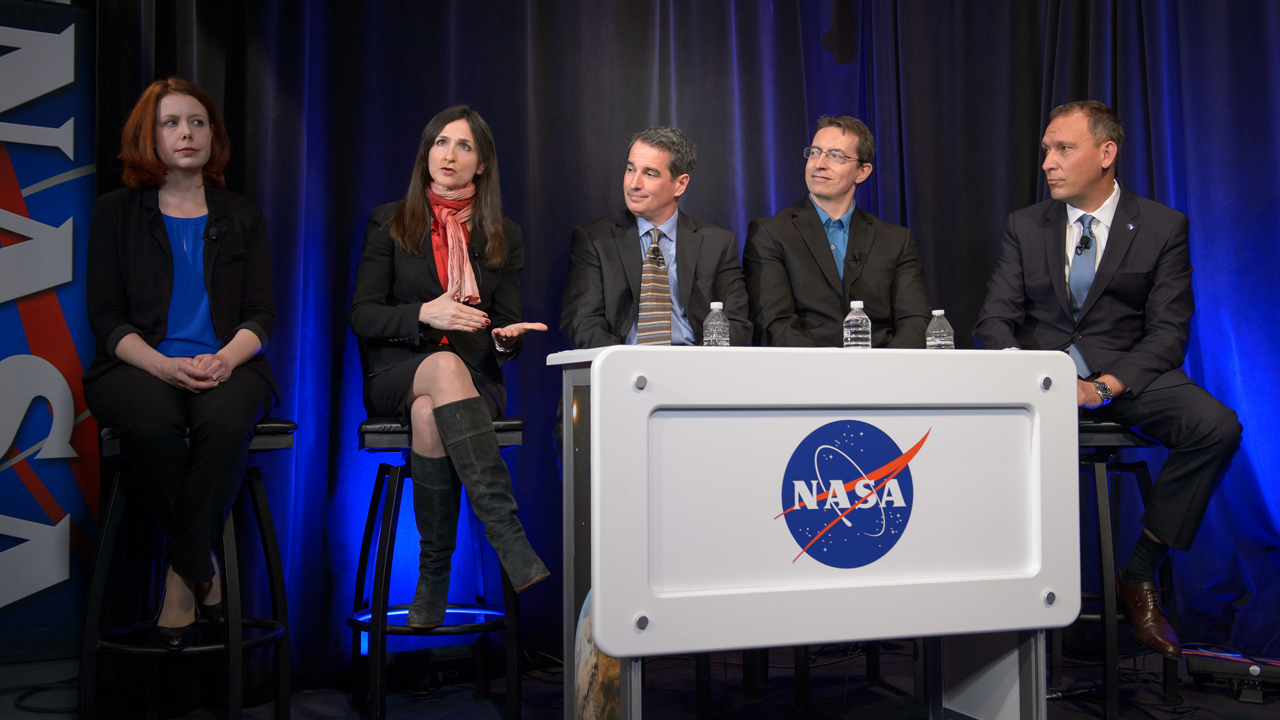 Before the discovery of 7 rocky planets, the adventure around the TRAPPIST-1 system went through many stages.

We all know the rest of the story. A resounding press conference, followed by millions of people around the world. Invaluable spinoffs for researchers who are now being interviewed by the world's media and engaged in new international scientific collaborations.  Since then, the data collected by the system's observations have given rise to more than a hundred scientific publications and as many blogs and papers in the specialized and general public press (Read TRAPPIST-1 inspires artists all over the world).

Since the 22 February 2017, new observations by both space and ground telescopes (including TRAPPIST  et SPECULOOS) have enabled researchers to learn more about the system that has the largest number of terrestrial planets and potentially habitable worlds ever discovered to date. From the architecture if the system to the possible presence of water on certain planets, TRAPPIST-1 reveals itself every day a little more.

We now know that the planets in the system do not harbour extensive hydrogen-rich atmospheres, confirming their telluric, solid nature. « We now also know the star TRAPPIST-1 much better », says Valérie Van Grootel.  « Thanks to new observations and star models developed at the University of Liège, we were able to refine the star's properties such as distance, mass and radius. The better we know the star, the better we can know its exoplanets, because most of the properties of an exoplanet are measured only in relation to those of their host star. »

On the occasion of the first anniversary of the announcement of the discovery of the exoplanetary system made up of the largest number of potentially inhabitable worlds, Michaël Gillon and Valérie Van Grootel (STAR Research Institute - ULiège) talk about the information available today which allows us to know a lot more about TRAPPIST-1 and its 7 planets.

Researchers are now eagerly awaiting the launch of the NASA James Webb Space Telescope,in the spring of 2019, which will collect additional data on the system, but above all on the atmospheres of the planets, which could confirm the planets' water richness, reveal the existence of oceans on their surfaces, and detect signs of the presence of life on one or more of these planets. «The James Webb will enable us to study in detail the atmospheres of these planets, notably to measure their compositions and detect possible molecules of biological origin », explains Michaël Gillon.

But in the meantime, there's no question of sitting back. The observations through space and ground telescopes will continue. « We also have a lot of hope in the SPECULOOS Observatory (two of the four telescopes were funded by a European ERC grant) that we are installing in the Southern European Observatory of Paranal in Chile and with which we will be monitoring hundreds of ultracool dwarfs similar to TRAPPIST-1 to discover new planetary systems! » says Emmanuël Jehin. Three of the four telescopes are already installed and in operation. They prepare to observe the system intensively as soon as it will be visible again under the Chilean skies next April. This is also the case with NASA's Spitzer telescope, whose observations of the system will restart within a few days. The exciting study of TRAPPIST-1 is just beginning...

Discovered in May 2016 by an international team led by par Michaël Gillon, an astronomer at the University of Liege, the exoplanetary system TRAPPIST-1 is the system with the biggest number of rocky planets and the greatest number of potentially habitable worlds ever discovered up to the present day.

Astronomers of the Liege team are now back from the European Southern Observatory of Paranal (Chile), where they commissioned the first telescope of the SPECULOOS project, named Europa, which will soon scout the southern skies in search for TRAPPIST-1-like planetary systems around a large sample of nearby ultracool dwarf stars.

On November 20th,  the 11th ceremony honouring Doctors Honoris Causa & PhD graduates was held at the University of Liège. Among those recognized were 216 Doctors and 11 Belgian and internationally renowned academics awarded. 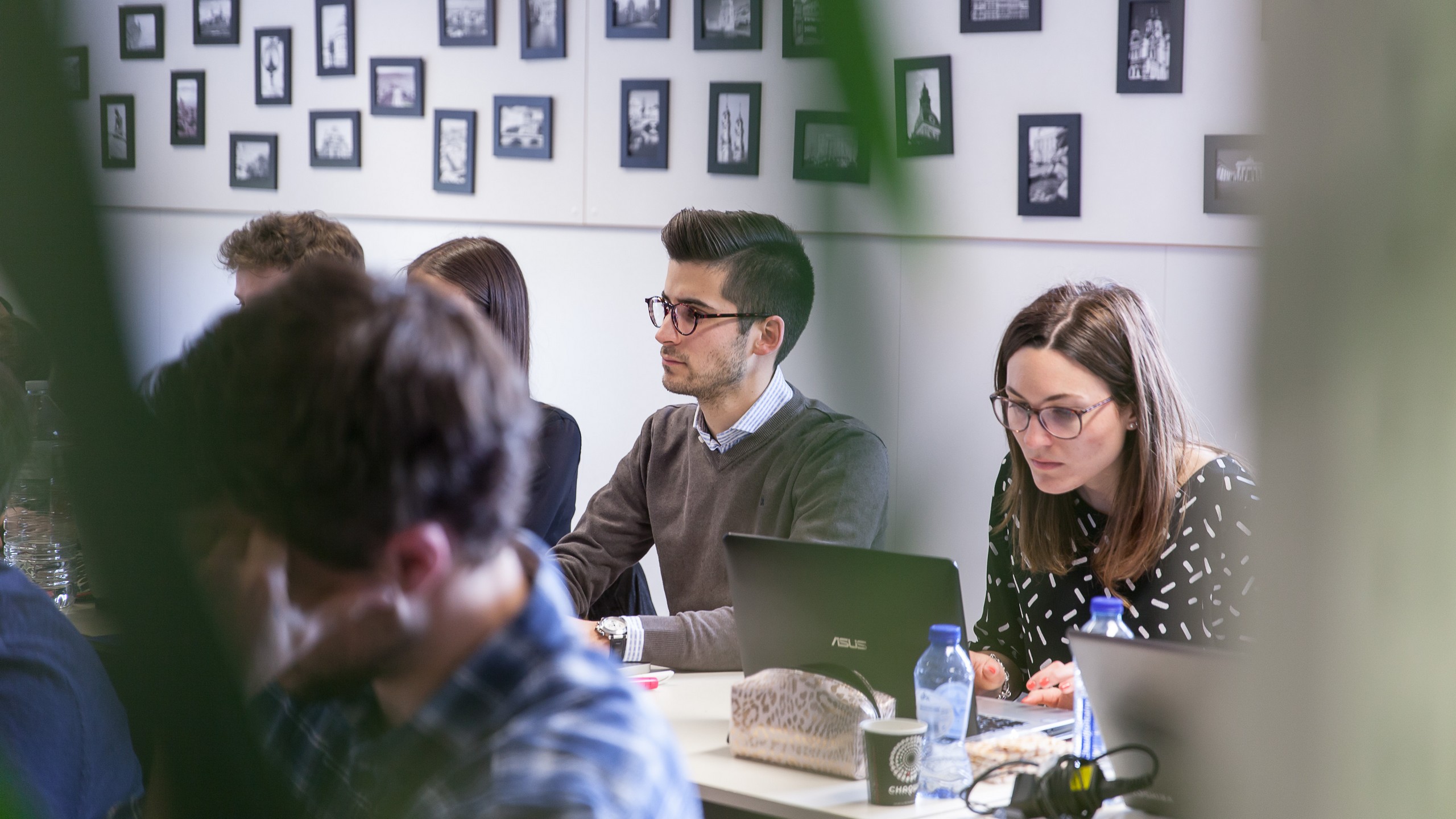 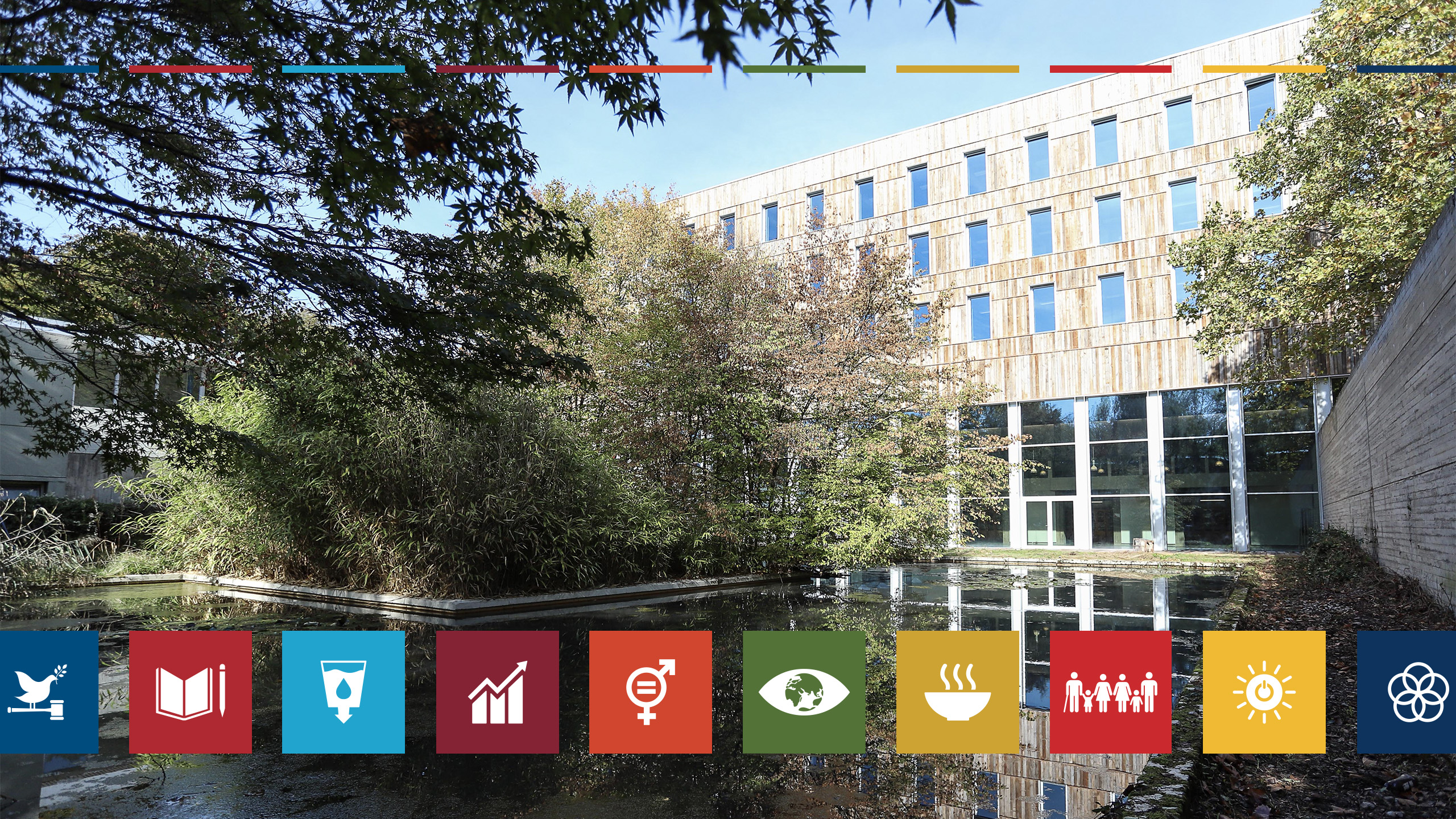