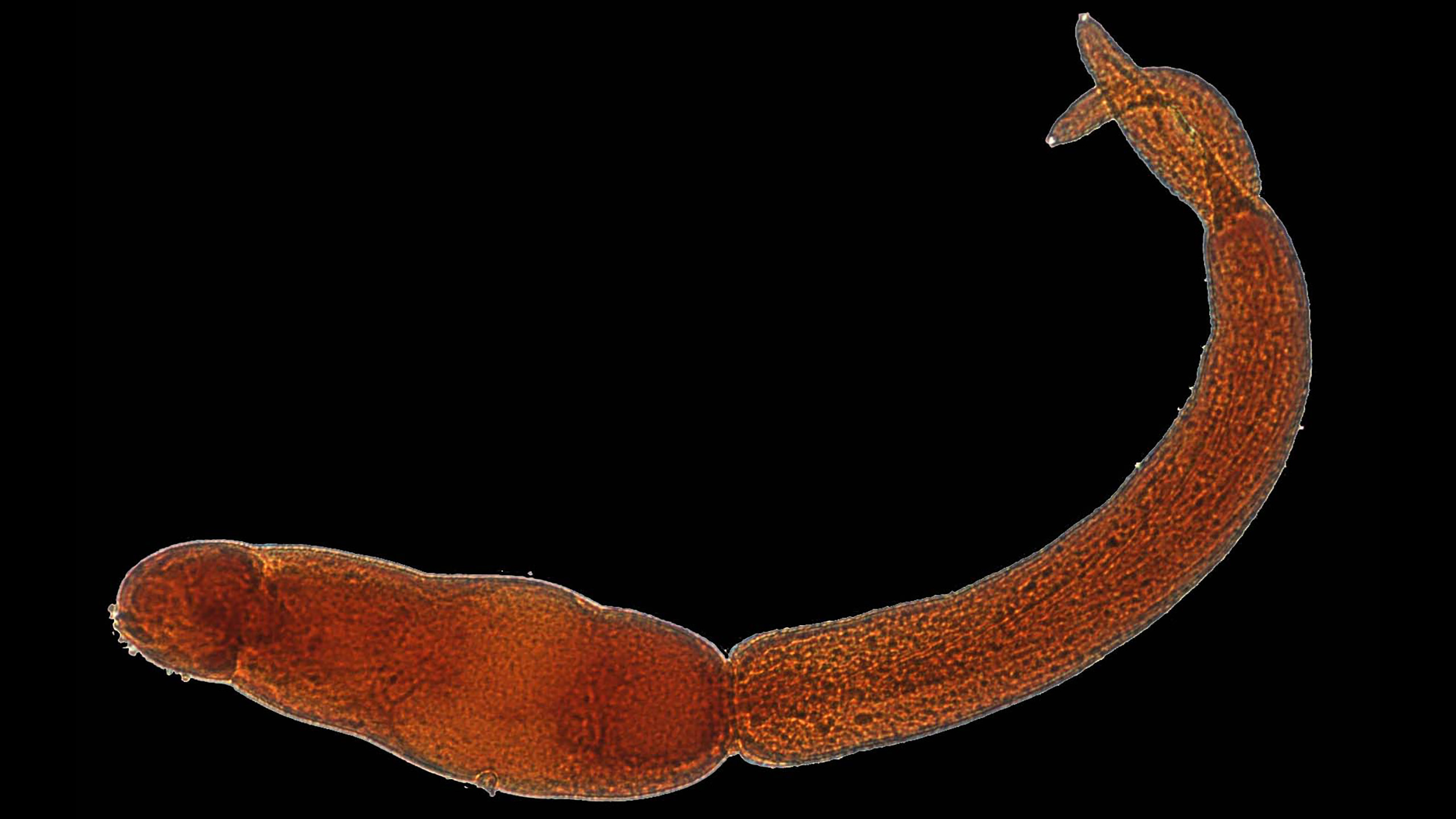 A study led by researchers from the ULiège FARAH research center showed, for the first time, that the induction of an immune response induced by parasitic worms improved the control of a competing viral infection through the intervention of so-called "virtual memory" T lymphocytes, a population of unconventional memory lymphocytes. These results were published in Nature Communications(1).

n order to cope with the diversity of pathogens around us, our immune system is made up of a multitude of tools that can perform a wide variety of functions, from the destruction of infected cells to the repair of damaged tissues. In this way, the immune responses to parasitic worm (helminth) infections - which affect about a third of the world's population - or viruses are very different and can sometimes even be contradictory. By inducing a strong immune response - called a type 2 immune response - helminths modify the ability of the immune system to respond to a subsequent viral infection.

Unexpectedly, using a mouse model, an international team of researchers including Marion Rolot and Annette Dougall, researchers at the FARAH Immunology and Vaccinology Laboratory (Faculty of Veterinary Medicine), under the direction of Benjamin G. Dewals, demonstrated a beneficial effect for the host of a helminth infection on the control of a subsequent viral infection, caused by mouse herpesvirus 4 (MuHV-4). MuHV-4 is a'gammaherpesvirus' used as an experimental model in mice to simulate human gammaherpesviruses such as Epstein-Barr virus (EBV) or Kaposi sarcoma associated virus (KSHV), which are highly common viruses in humans and cause cancer (lymphomas).

The scientific team noted that the response of cytotoxic CD8+ T lymphocytes, in particular, had been positively altered following exposure to helminths. CD8+ T lymphocytes - which are part of the adaptive immune system - are important actors in the immune response against intracellular pathogens such as viruses or certain bacteria. Their main characteristics are the specific recognition of the pathogen against which they react and the development of an immune "memory", i.e. the long-term maintenance - following a first encounter with a pathogen - of "memory" cells with an increased capacity to control the same pathogen. 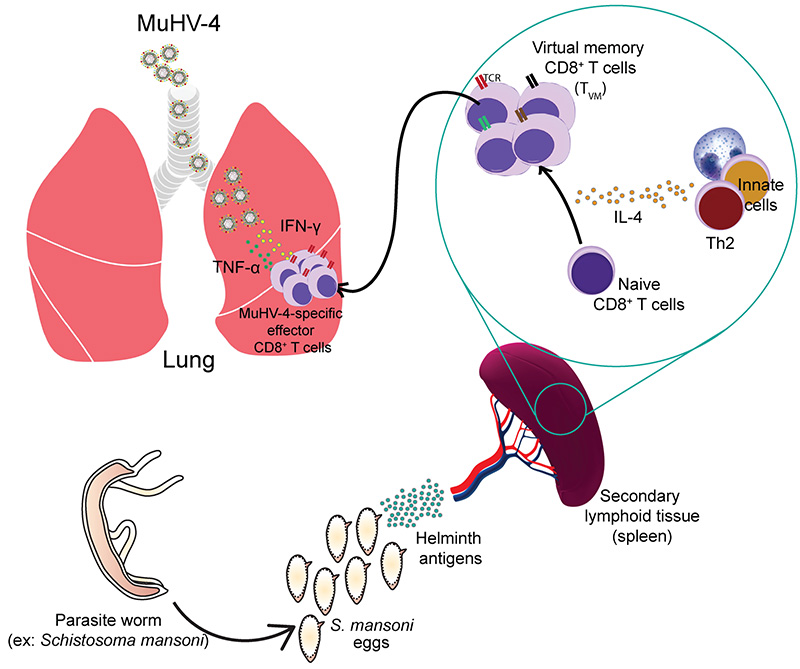 Helminth antigens induce the development of type 2 inflammation leading to the production of interleukin 4 (IL-4) that induce the expansion of CD8+ "virtual memory" (TVM) T lymphocytes. TVM accumulate by conversion from naive T cells directly by IL-4 signaling and independently of antigenic stimulation while preserving T cell receptor diversity (TCR). These TVM accumulate in the secondary lymphoid organs following helminth infection, and their ability to respond to viral antigens is more effective than that of naive lymphocytes, resulting in their faster migration to the lung to control viral infection.

Contrary to this classic description of the adaptive immune system, this new study - the results of which have just been published in Nature Communications (1) - highlights the development of unconventional memory CD8+ T lymphocytes in a way that is fully independent of the specific recognition of the pathogen. These CD8+ T cells, called "virtual memory", develop in this case directly in response to interleukin (IL)-4 (a central mediator of the type 2 immune response), produced in large quantities during helminthic infections, on CD8+ T cells. While previous studies have shown that this effect of IL-4 can be anticipated, this new study has demonstrated for the first time that the induction of "virtual memory" cells during helminthic infections makes these cells more effective in the anti-viral response to MuHV-4.

The effect of helminth infections on heterologous immune responses is studied in many contexts, including the impact on dissimilar infections, vaccination or immuno-pathologies. Many mechanisms are associated with positive or negative effects for the host. By updating this novel mechanism by which helminths can influence the response to heterologous infection, the research team is adding a level of complexity to the understanding of these interactions.

In this study, the researchers focused on the cytotoxic immune response against MuHV-4 in mice. It is not possible in this context to assess whether what they observed in mice would be valid in humans, but it is known that these "virtual memory" CD8 T lymphocytes exist in humans, and that the prevalence of parasitic worm infestations is very high in some regions. The scheme developed here is therefore a hypothesis that could be verified. The results of this study also indicate that immune responses to very different pathogens can have beneficial effects on each other, and could have important implications for the development of new vaccine strategies.