Elisabetta Neri gets a European grant for her PolyChromA project

Elisabetta Neri, a researcher at the AAP (Art, Archaeology and Heritage) Research Unit, has been awarded a MSCA Indivudual Fellowship grant for her research project PolyCRomA, which aims to study the polychromy of some fifty Roman imperial statues in Proconsular Africa in order to understand the socio-political and religious significance of their colours. The project, carried out under the direction of Prof. David Strivay, will last two years and is being carried out in collaboration with the INP of Tunis (Fathi Béajoui) and the University of Paris-Sorbonne (Francois Baratte).

he social significance of colour - the meeting point between perception and materiality - is the great question raised by the project, approached through the study of the colours of Roman statuary, often deliberately erased in the Neoclassical period. Through the sculptures in the collection of the Musée du Bardo in Tunis, the project therefore seeks to study the technical characteristics of their polychromy, and the social, cultural and even political value of the use of colour in the representation of the gods and men who inhabited the Roman city.

Elisabetta Neri, post-doctoral researcher at the Atomic and Nuclear Spectroscopy Laboratory (Research Unit AAP / Faculty of Science / Faculty of Philosophy and Letters / Faculty of Architecture) directed by David Strivay, has just been awarded a two-year European MSCA Individual Fellowship to study on a large scale the significance of the polychromy of Roman imperial statues (1st-4th c. AD), using the example of the statues in the collection of the Bardo Museum (Tunis). "This project offers a valuable opportunity to study the poorly understood and little-known field of colour archaeology, by combining the human and material sciences," explains the researcher.

The multidisciplinary nature of the Art, Archaeology and Heritage Research Unit of the University of Liège combines material sciences and human sciences, which constitutes an ideal framework for this research, structured around two axes:

Proconsular Africa offers a privileged terrain for the richness of the material remains, which have been studied, and textual and iconographic sources that interpret their meaning.

The data obtained, organised in an open source database, will be interpreted to reconstruct the colours of men and gods and society's interpretation of them. The overall evaluation of the data will allow wider conclusions to be drawn about variations in the use of colour, the introduction of cults and their reception.

The originality of Elisabetta Neri's research project lies in the use of the material remains of colour to interpret cultural phenomena: the political use of colour and its role as a marker of the perception of idols and the cults addressed to them. 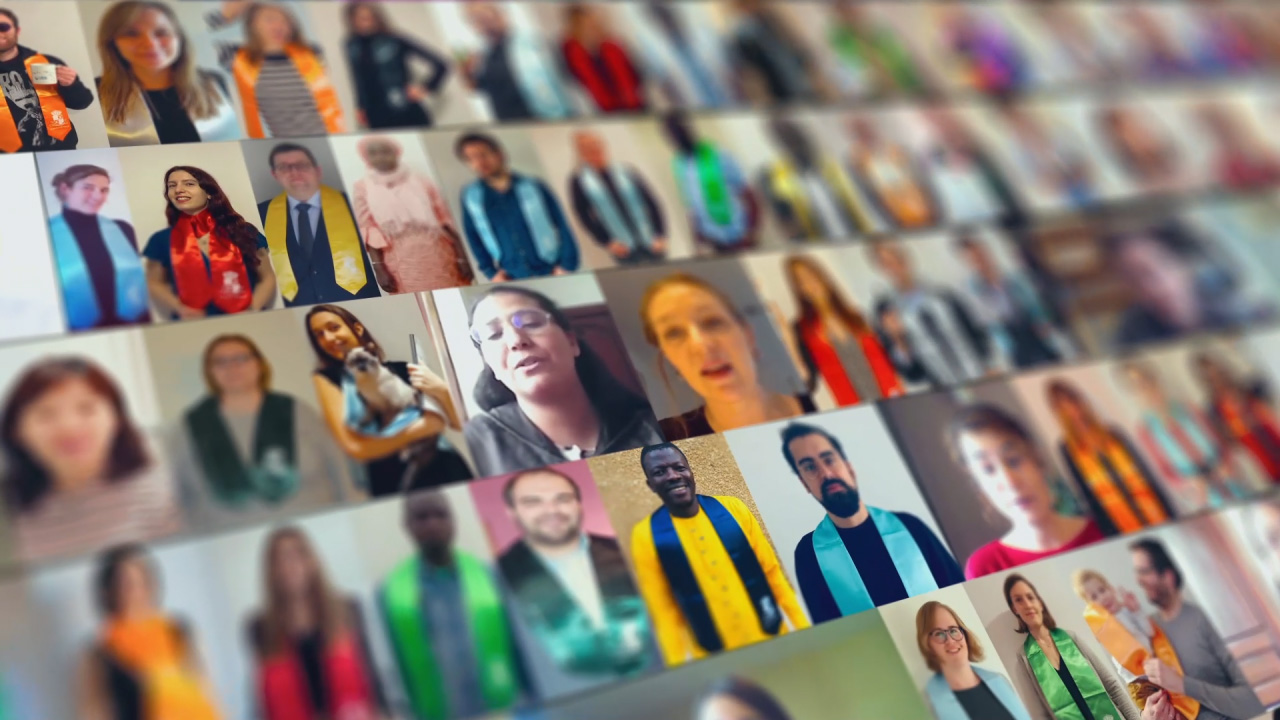 Look back at the careers of the 221 new PhDs of ULiège.