HEC: an enlarged and reunited management school campus in Liège 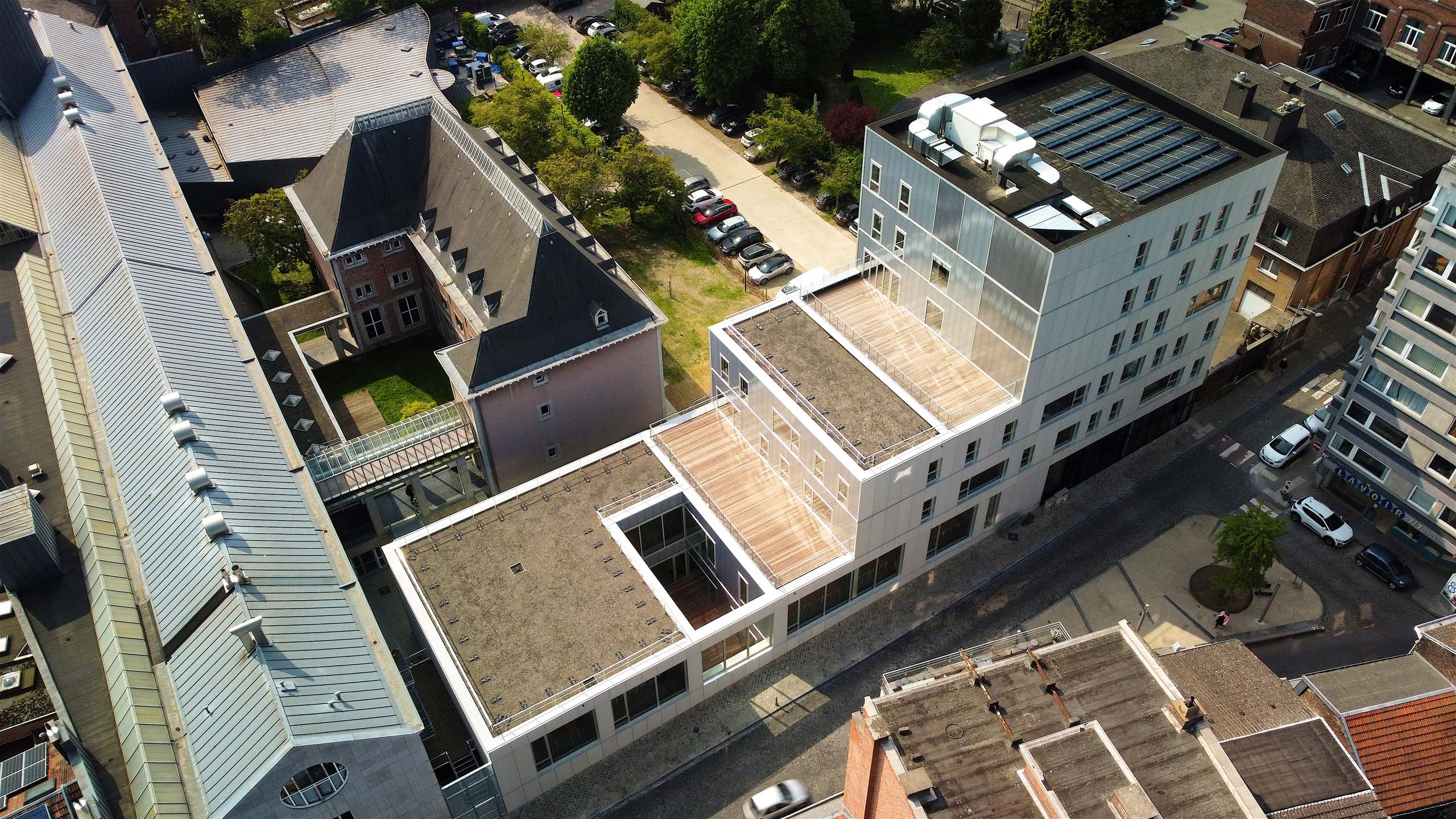 HEC Liège is expanding! More than just a new building, with its sleek modern architecture, it is an enlarged campus, now covering an area of 1.6 hectares in the heart of the city, that HEC Liège inaugurated on 19 May in the presence of 500 people, university and political authorities, companies, partners and alumni of the ULiège Management School.

"This is a new milestone in the history of HEC, after its creation in 1898 - we will celebrate its 125th anniversary in 2023 - and the merger with the University's School of Business Administration and Economic Sciences in 2005", explains Wilfried Niessen, Director General and Dean of HEC Liège. 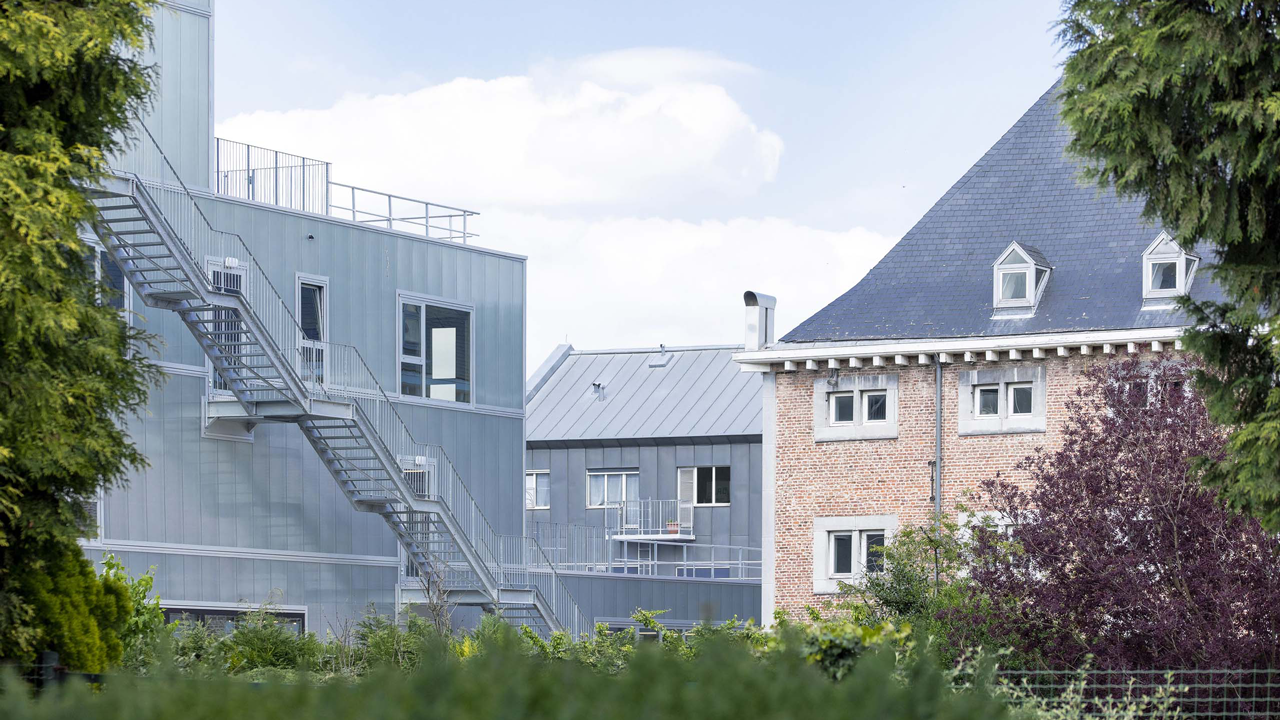 The new highlight is this new building, up to five floors high, built in light-coloured concrete on the edge of the “rue Saint-Gilles”, whose facades are covered with polycarbonate panels that capture and diffuse light. Designed by Atelier 229 and the result of a 15 million € investment, the building is energy efficient (it did not even need to be equipped with specific boilers). It has a large secure bicycle parking area. It is also equipped with the latest technologies, in support of the New Ways of Learning (collaborative work in small groups for students, hybrid forms of teaching) and of Working (open spaces, no more fixed desks to encourage transversality and collaboration). "We thought up this new building well before the pandemic, and we were in a way a precursor, given the changes in teaching and working methods over the last two years," Wilfried Niessen proudly points out.

Timelapse of 21 months of work.

From now on, all the services of HEC Liège are united on the same campus, an objective achieved by means of the new building but also of nearby buildings acquired from the “Congrégation des filles de la croix” (École Sainte-Julienne). The former “Beauregard” hospital site has thus been almost completely recomposed for teaching and research purposes, while preserving green areas that are much appreciated by students and staff in the summer months.

The new campus displays the ambitions of HEC Liège and reflects the vision of one of the most dynamic business schools in Europe. The entire HEC community was able to participate in the Level UP fundraising campaign which mobilised companies and individuals.

"A feeling of balance and harmony, a mixture of strength and delicacy, an aspiration to go ever higher, a sort of metaphor for what the School wishes to transmit to its students."

A work acquired thanks to the support of the Group for HEC Liège.

An internationally renowned sculptor, Serge Gangolf is the winner of the Rome Prize for sculpture and the Egide Rombaux Prize awarded by the Royal Academy of Belgium.

HEC: an enlarged and reunited management school campus in Liège 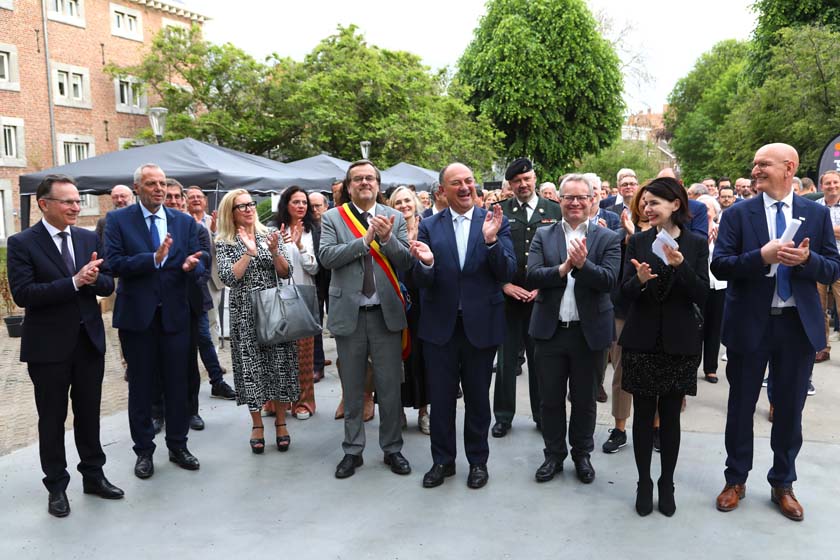 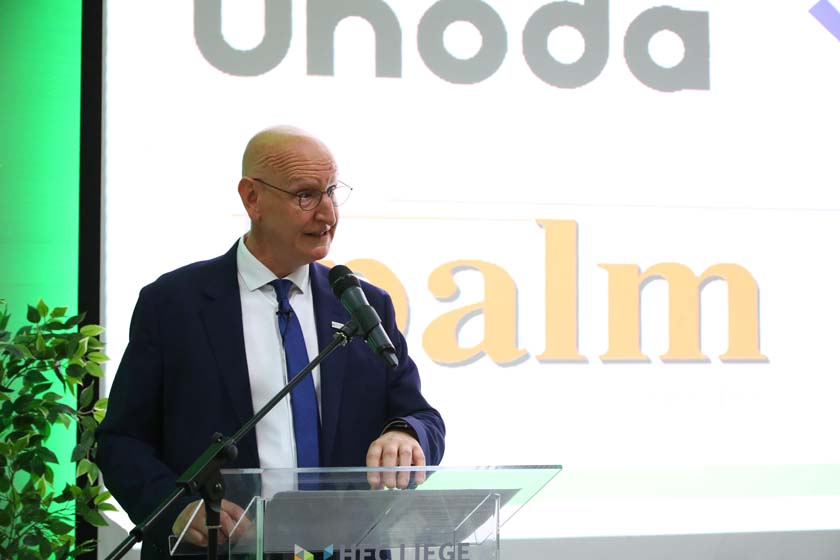 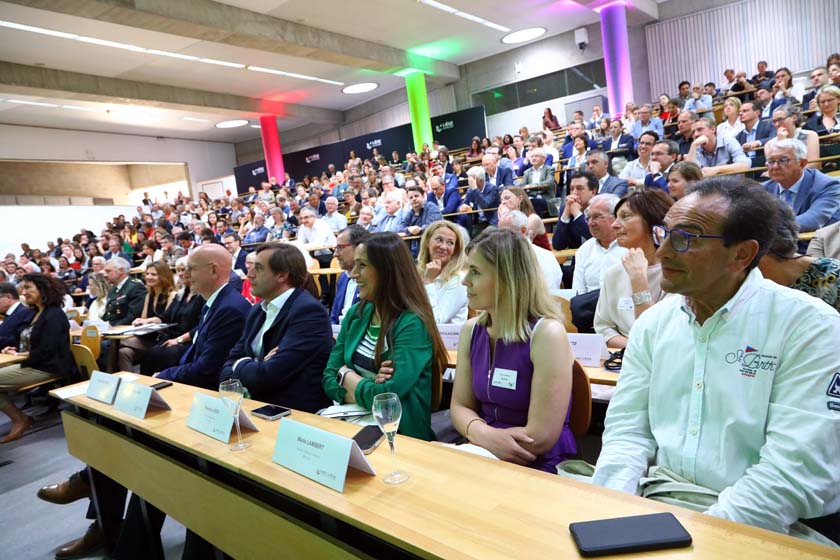 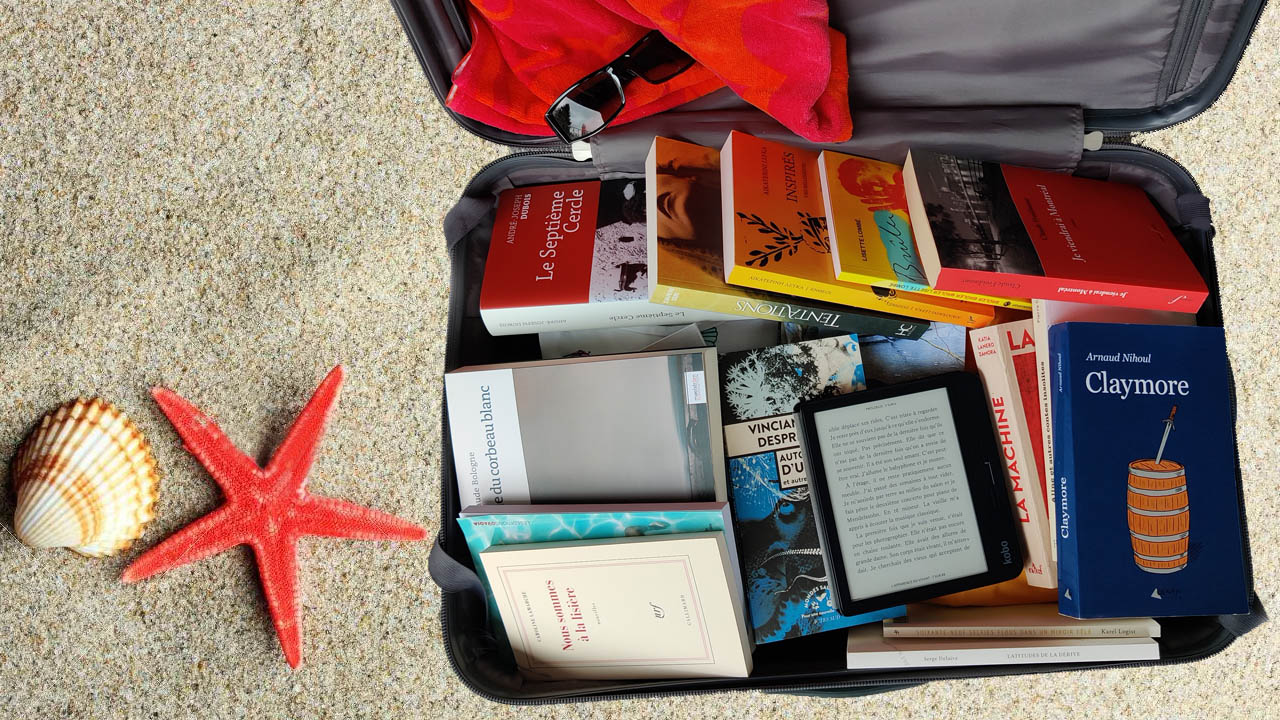 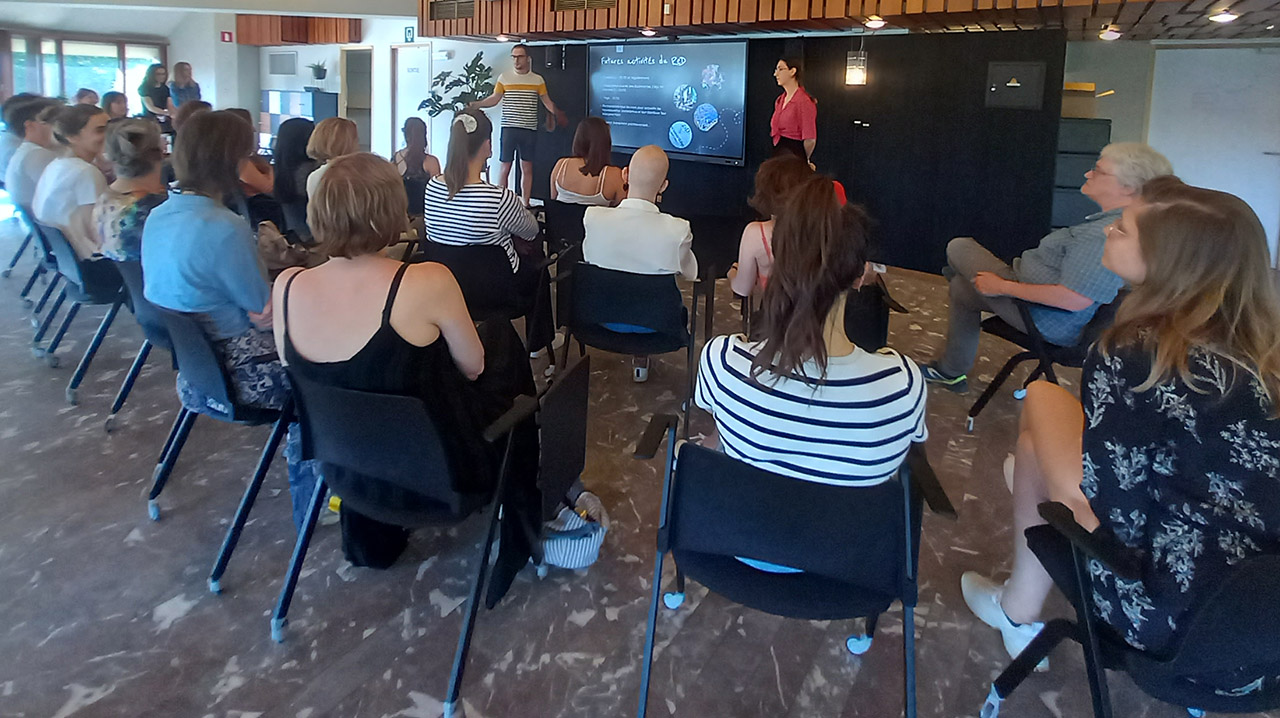 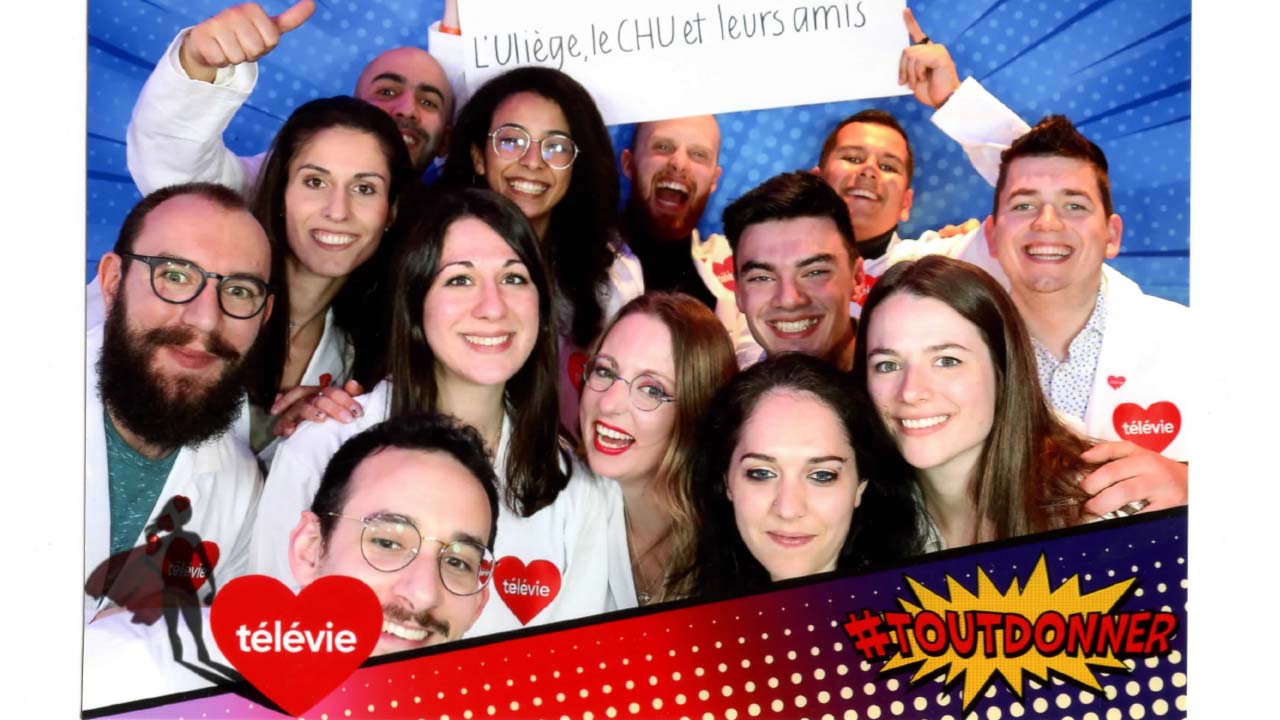